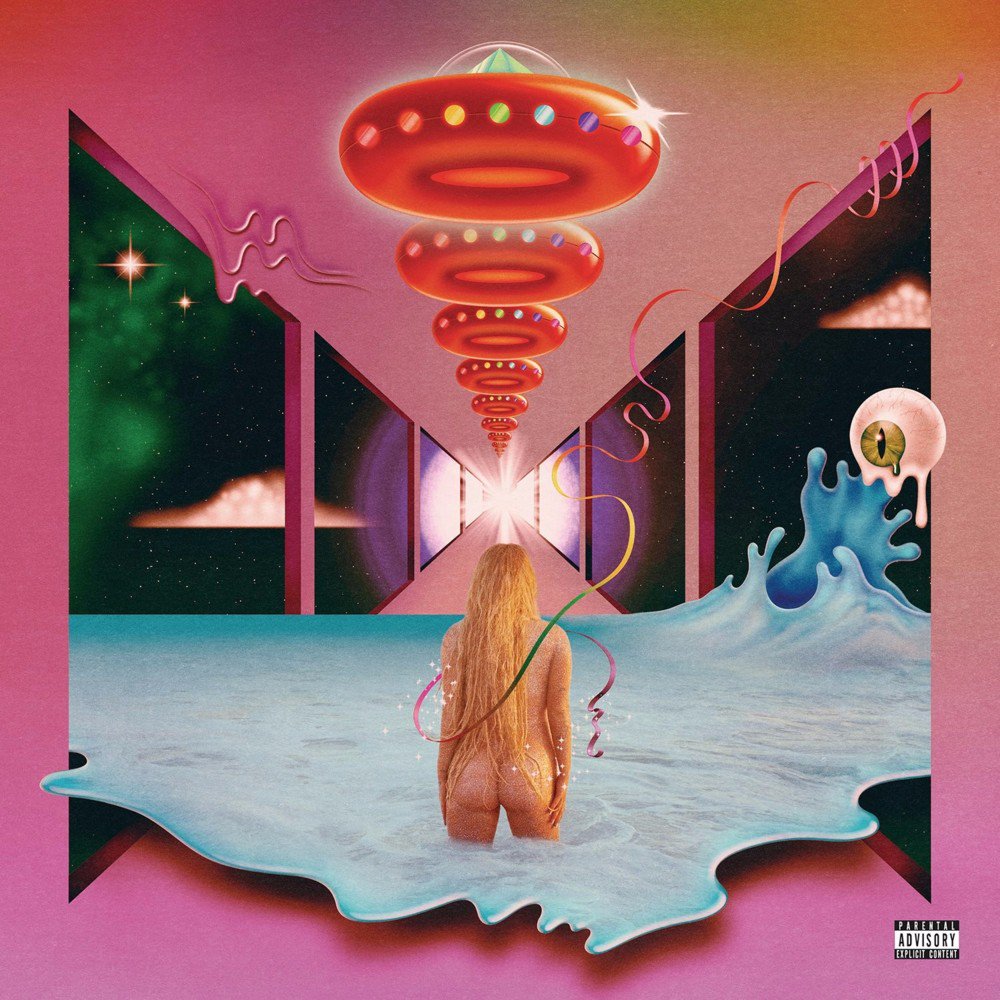 Even in the big, raunchy pop algorithms now-persona-non-grata Dr. Luke produced for Kesha, her own songwriting sensibilities always glimmered through. As she skyrocketed into becoming a butt-metal loving, electro pop star, she recorded songs that pulled another direction; most significantly, her heart-wrenching cover of Bob Dylan’s “Don’t Think Twice It’s All Right,” which she cut in 2011 for a tribute album, showed a musical depth and emotional interior that had previously taken taken a backseat on her arena anthems. In actuality, Kesha has yearned to be less constrained by the rigid demands of the pop machine for years longer than her public legal battles might suggest. When I met her at Amoeba Records in Los Angeles for a 2012 VIBE cover story, she led me directly to the section where that song was filed, to make sure I knew it existed. It seemed like she had something to prove.

Rainbow is a document of Kesha coming into her own, blossoming into the artist she’s always truly wanted to become. It’s been a long journey—the alleged assault and emotional abuse, the lawsuits, the court dates and, last but not least, the coming forward in the first place—but here she is with her first post-Luke album, making music that we would presume are exactly the ones she wants to be making. It’s a triumph of songwriting as well as will. Through 14 tracks, the Nashville-born artist steps into herself, her powerful voice candid and rugged, over songs that reflect the twin feminist histories of country and soul music, and carries on the tradition by speaking her own truths. She did not have to craft a narrative for her fans, because they have lived it alongside her for the three years since the Kesha v. Dr. Luke saga began. Rainbow is not the dramatic tale of a phoenix, but the more relatable one of a woman who’s seen some shit and is, against all odds, still here.

Besides, the opening track tells us as much. Riffing off one of Kris Kristofferson’s best-known protest songs, Kesha’s acoustic country ballad “Bastards” analogizes her past to emotional war, singing, “Don’t let the assholes wear you out/Don’t let the mean girls take the crown, don’t let the scumbags screw you ’round/don’t let the bastards take you down.” The chorus is a clarion call and a thesis statement, plus a gorgeous declaration of her roots; it’s also hard not to compare it to another pop star’s recent foray back to country—the wan “Malibu“—and conclude that Miley needs to step up her game, ’cause this is stiff competition for the CMAs.

Though Kesha collaborates with Dolly Parton (on “Old Flames (Can’t Hold a Candle to You),” a 1978 track written by her mother Pebe Sebert) and even gets a little honky-tonk on the homicidal cheating stomper “Hunt You Down,” she’s not content to linger in the country realm. For the Dap-Kings-assisted “Woman,” she takes it over to Memphis, giving voice to her feminist self-determination in a song she’s said she wrote as a clapback to Trump’s sexist statements about pussy grabbing. The track has that hip-cocking swagger about it, a stance Kesha nails every time, though “I’m a motherfucking woman” as a hook might be a bit too on the nose. It feels distinctly Clintonian and distinctly pre-election, with the curse being the only barrier from its inevitable future as a successor to a Sara Bareilles girl-power anthem. Kesha’s better than this, though you can understand the impulse; sometimes a motherfuckin’ woman just needs to hold a pep rally for her girls.

Still, Rainbow works best on two explicitly feminist planes; the afflictive, skyward-aimed ballads (“Hymn,” “Praying”) and the full expression of her personality–these songs don’t need to front because she is always being exactly who she is. (The cutely strange “Godzilla” is about taking the iconic movie lizard home to mom, for example.) Booming, beautiful voice aside, Kesha’s biggest asset as a pop star has been her willingness and ability to seem entirely human; she has never obscured her flaws or submerged her impulses, and all of that is on full-spectrum display here. The Eagles of Death Metal collaboration “Boogie Feet” purposefully wipes clean any notion that her Luke-era pop career was totally out of her control, and that the “rapping” conceit and pop hooks were solely his creation. The great, slinky “Boots,” too, which puts quick use with her stadium wail and funny little aural quirks (here, a dominatrix cracking her whip) a la “Tinder,” emphasizing the way she can hit a chorus so precisely and with such ferocity.

If any narrative should emerge from this album, it’s that she’s a survivor and a formidable songwriter, and can do all of this shit on her own. As she muses on the psychedelic cowgirl number “Spaceship,” which closes out the album: “I watch my life backwards and forwards… and I feel free.”