No One Wants to Say Whether Dr. Luke Is Profiting From Kesha’s New Music [UPDATE]

Home » News » No One Wants to Say Whether Dr. Luke Is Profiting From Kesha’s New Music [UPDATE]

After a five-year musical dry spell induced by her intensely public legal battle with producer Dr. Luke, Kesha‘s new album Rainbow comes out this Friday (August 11). In the run-up, the singer has released a string of singles and eye-catching videos: “Praying,” “Woman,” “Learn to Let Go,” and most recently, “Hymn.” For fans who’d awaited new music since 2012’s Warrior—and, as Kesha’s legal difficulties appeared ever more intractable, perhaps doubted that any would come at all—it’s been an embarrassment of riches. Kesha herself sounds relieved.

Hanging over everything, though, is a question no one seems to want to answer: Is Dr. Luke, who Kesha has accused of sexual and emotional abuse, nonetheless profiting from her reclaimed success? At Vulture today, writer Dee Lockett attempted to find an answer. She asked Kesha’s representatives—no dice. She asked Sony, the major label under which Luke’s Kemosabe Records is housed:

A Sony representative says that the label does not talk about Dr. Luke, and declined to comment on the nature of his involvement with Rainbow. 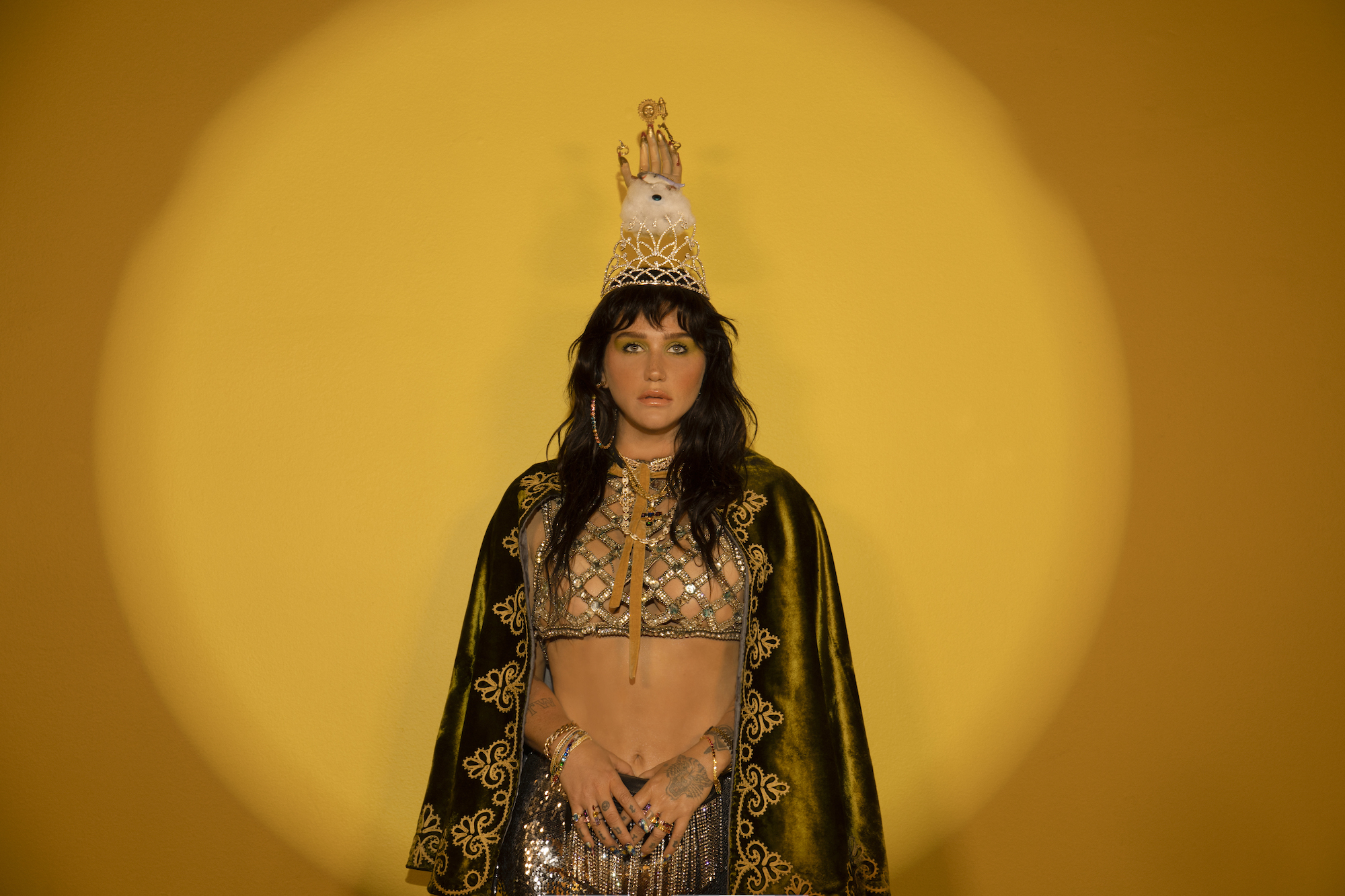 “None of Kesha’s music would have come out without the full support of Kemosabe and Dr. Luke, who is a joint venture owner of Kemosabe. Just to be clear, Luke has never wished for Kesha’s music not to come out.”

She asked collaborator Ricky Reed, just to see if he knew anything:

A publicist for Ricky Reed told us they didn’t have information on who owns the publishing rights for the songs he produced on the album, including “Learn to Let Go” and “Hymn,” but would look into it.

In the absence of anyone willing to talk about Kesha’s current financial arrangements, the only option is to fall back on what we know already. Rainbow will be released by Kemosabe, and although Luke is no longer the label’s CEO, he remains its co-founder. As Lockett points out, Luke’s Prescription Songs controls the publishing rights to Kesha’s old music. Since a judge has barred Kesha from altering her Kemosabe recording contract, that’s probably the case for her new releases as well.

The most likely scenario, then, is that Dr. Luke continues to hold a financial stake in Kesha’s work. Given how vocal both sides have been in court over the past few years, the near-total silence sounds an awful lot like a confirmation.

Update (August 9, 1:15 p.m.): This post has been updated to reflect Vulture’s update of comments made by Ricky Reed’s representative. In addition, a lawyer for Dr. Luke told the New York Times that the producer made an exception to a clause in Kesha’s contract requiring that he produce at least six songs on any album she releases. For Rainbow, Luke will instead “pursue the equivalent producer royalties in court.” Kesha remains signed to Luke’s Prescription Songs and Kasz Money Inc., through which Luke is able to profit from her publishing rights and recordings.

Luke’s lawyer also claims that Kesha is not forbidden from mentioning Luke publicly, and that the creation of Rainbow was “just like the making of a typical album… Everything proceeded with the full support of Luke.”