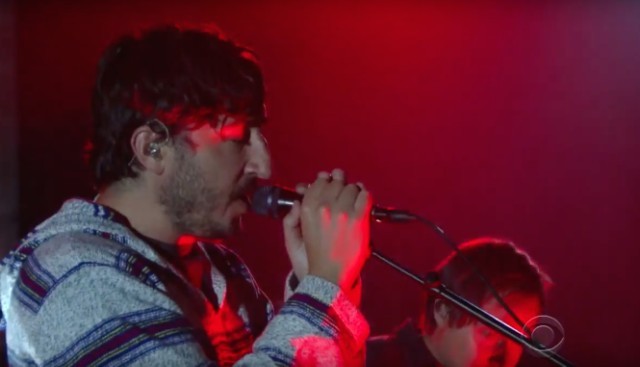 Today, Grizzly Bear are back with Painted Ruins, their first album in five years. And last night, the New York art-rockers were the musical guests on Stephen Colbert’s Late Show. There, they played a grand, sweeping version of the single “Mourning Sound.” The moment toward the end of the song when their harmonies all kicked in was really nice. Watch the performance below.