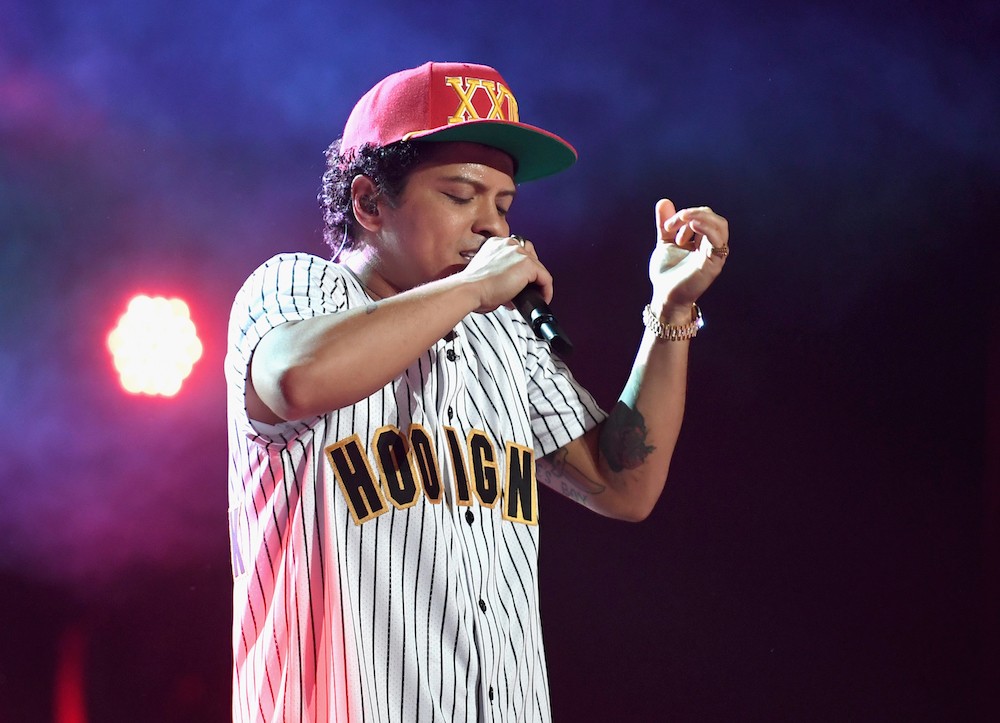 Bruno Mars–real name Peter Gene Hernandez–was given his stage name at a young age, from his father, who believed he bore a resemblance to Bruno Sammartino, one of the most successful and storied professional wrestlers of all-time. Last night in Pittsburgh, the younger Bruno posted a photo of himself with his namesake, smiling and holding Sammartino’s old WWWF World Heavyweight Champion belt. One has to assume Mars looked a little more like Sammartino as a kid than he does now:

Sammartino isn’t quite as active as Mars on social media–his official Twitter account hasn’t tweeted in three years–but judging by that big toothy grin, it seems like he enjoyed the meeting as well.