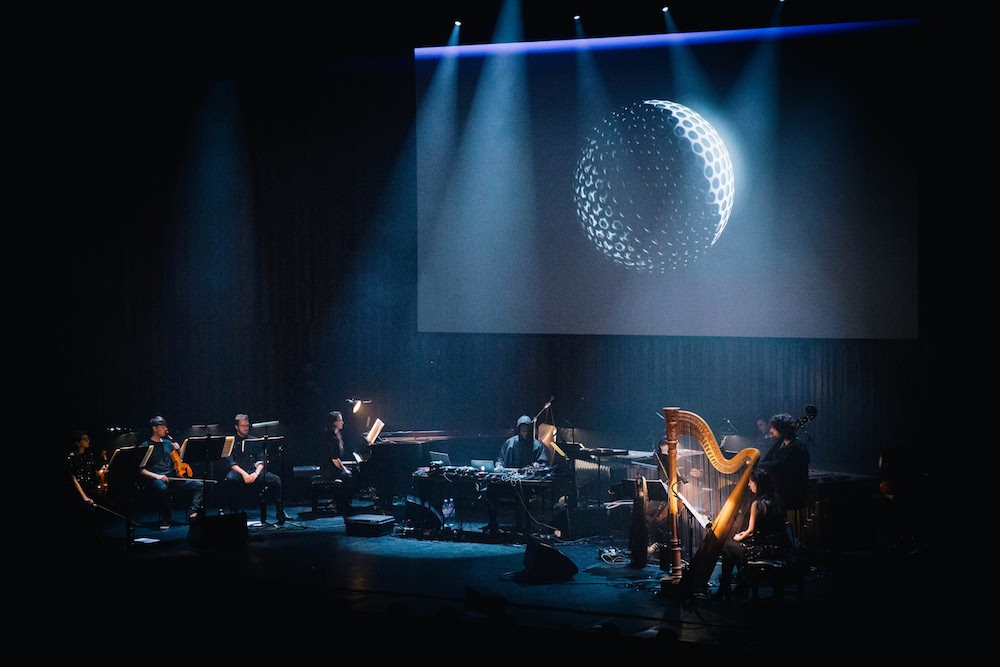 Actress already has one outstanding album under his belt this year, and today he announced he has more music coming. In September, the experimental dance music auteur born Darren Cunningham will release an as-yet-untitled new album in collaboration with the London Contemporary Orchestra. Cunningham’s fifth album AZD, released in April, has one collaborative track with the LCO–the bracing and beatless “Faure in Chrome“–and he collaborated with the ensemble on a series of live performances last year. The record will contain new music as well as expanded arrangements of the works from those performances.

To announce the album, which will be out September 1 via Ninja Tune, the artists released a new track with the very Actress-y title “Audio Track 5″ and a piano-led skitter that may remind you of Aphex Twin’s Computer Controlled Acoustic Instruments material. Hear it below.