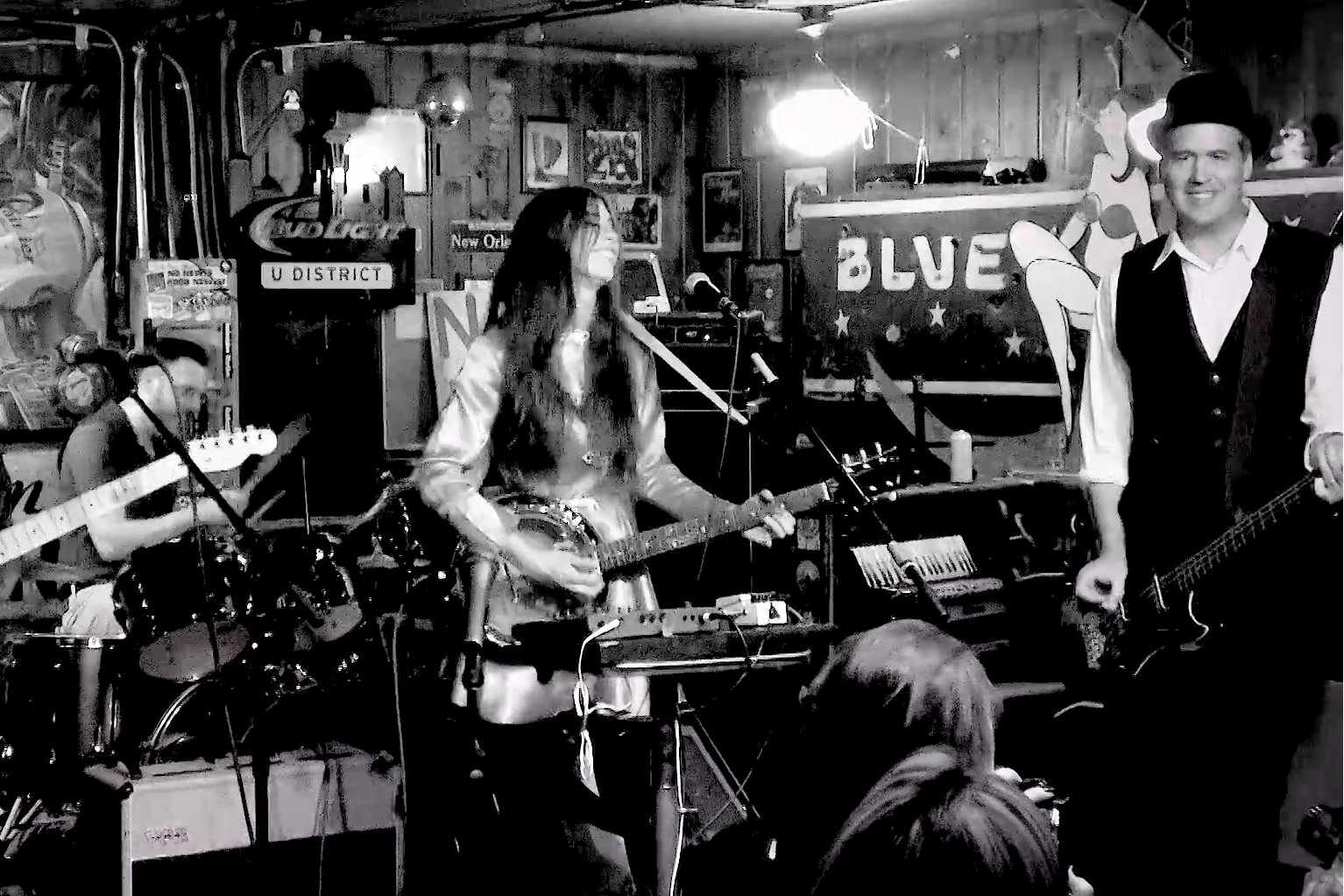 Last year, former Nirvana bassist Krist Novoselic formed a new band, Giants in the Trees, along with Jillian Raye, Erik Friend, and Ray Prestegard. Up ’til now, they’ve mostly played locally around their home state of Washington, but last week, they released a music video for their first official song, a folk-rock harmonica jam called “Sasquatch.”

According to Giants in the Trees’ Facebook page, the members met through their involvement with the local Grange organization in rural Skamokawa, Washington. As you might imagine given that background, they’re heavy on environmentalism and community. (The band’s list of “personal interests” includes “Inclusive Democracy, Humanity, Peace, Prosperity, Sustainable Living, Compassion, Community, Decentralization.”)

Novoselic hasn’t lost his sarcastic streak, though. “I bought the property the video is filmed on. To pay for the production I cut all the trees and am now building a golf course on the land,” he joked in the “Sasquatch” YouTube comments. “This video cost over $2 million to make. The reason is, it was shot on a soundstage and all of the flora is made from plastic, foam and other materials to get that natural look.” Watch below.