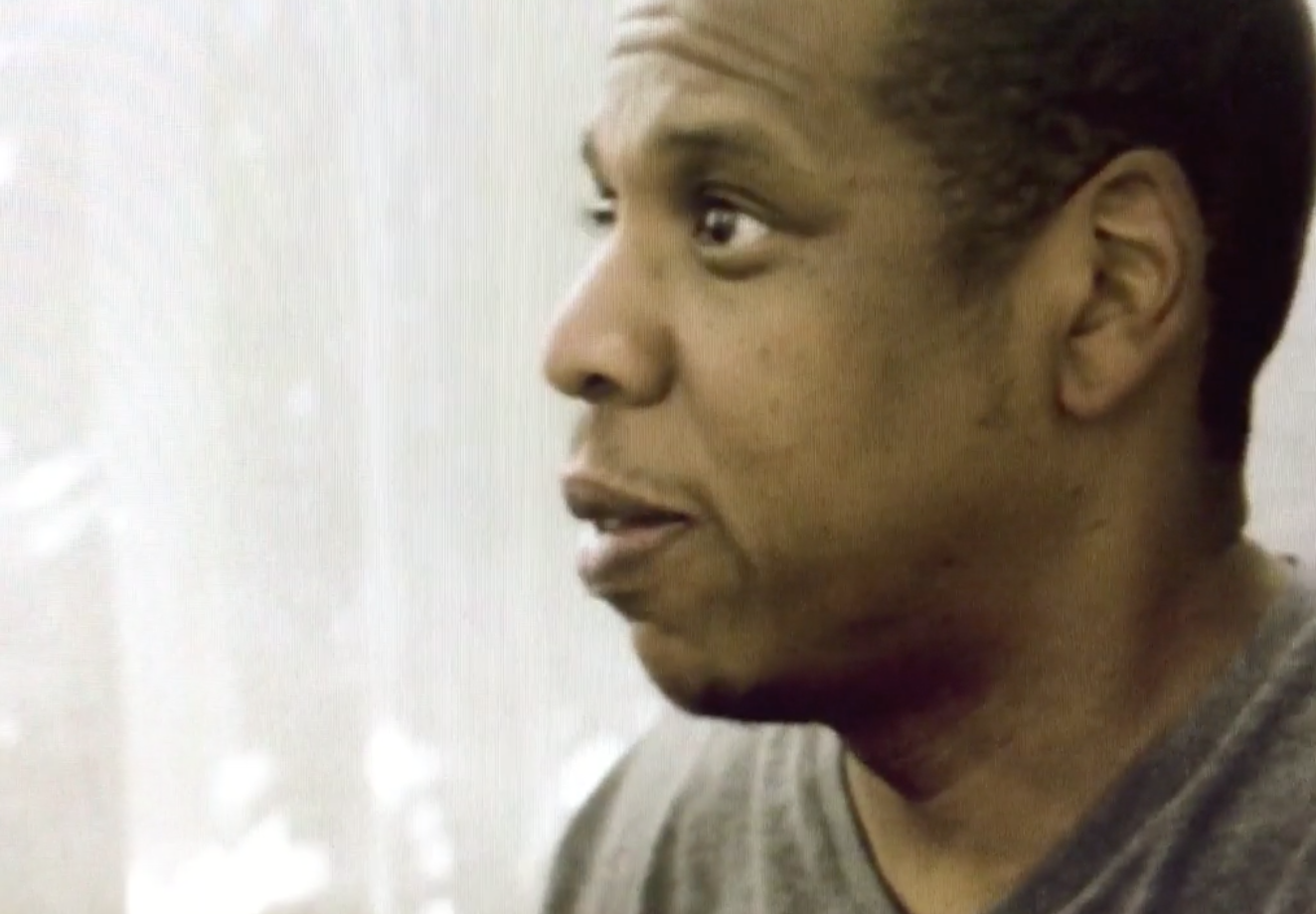 JAY-Z has released a new “Footnotes” video for the title track of his new album 4:44. The video is an 11-minute clip following in the vein of his video about the album track “The Story of O.J.” from last week. In the previous video, the rapper compiled interviews with friends and fellow celebrities like Kendrick Lamar, Will Smith, Mahershala Ali, Chris Rock, Michael Che, Michael B. Jordan, Van Jones, Trevor Noah and more discussing systemic racism in America. In the new “4:44″ compilation, Lamar, Rock, Ali, Chris Paul, Meek Mill, Will Smith, Michael B. Jordan, Aziz Ansari, Anthony Anderson, Lil Rel Howery, and many more discuss the difficulty in meaning honest and vulnerable in relationships, and the specific difficulties that can arise in long-term relationships between black men and women.

JAY-Z himself briefly explains his lyrics for the song, speaking specifically about his marriage with Beyoncé, which he says “wasn’t built on 100% truth.” He says rebuilding the “beautiful mansion” of the relationship was “the hardest thing he’s ever done.” Watch the clip below, and read our review of 4:44 here.