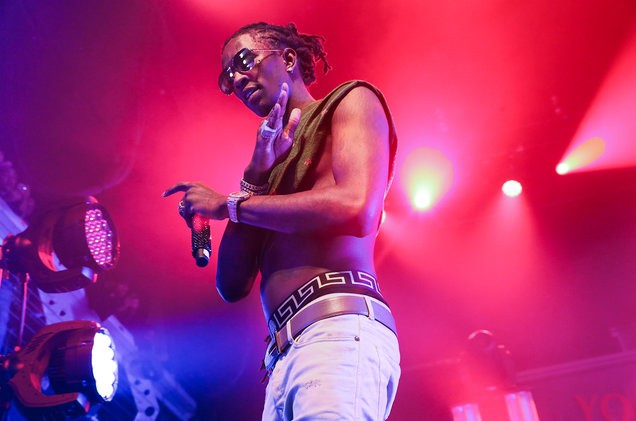 The video shows a violent beating of a women by women wearing black ski masks with “E.B.B.T.G.” stitched into the forehead. One attacker even knocks the victim unconscious with a baseball bat. The women being beat up are being “initiated” into the beautiful thugger girls clan. In the video, the woman is taken into a room (the same room where the cover art was shot) and duct tape is applied to her bleeding, beat-up face. One of her attackers writes “EASY BREEZY BEAUTIFUL THUGGER GIRLS” on the tape with a Sharpie.

The video sparked a lot of controversy, with many Thug fans taking their confusion to Twitter.

wtf kinda dog shit promo is this???? its literally just nonsensical violence w a young thug country song over it

Among the most distraught was the brand itself, CoverGirl. A rep for the makeup company said a request for permission to use the slogan for his original title or for use in the video was never made. “CoverGirl was not contacted by Young Thug or any parties regarding his original album title,” the statement says. “The album is not aligned with our values at CoverGirl. Violence and abuse are unacceptable behaviors. We do not support the use or association of our iconic slogan, ‘Easy, Breezy, Beautiful, CoverGirl’ with Young Thug’s video, album or promotional materials.”

Watch the full video below: