Public Enemy Release New Album Nothing is Quick in the Desert 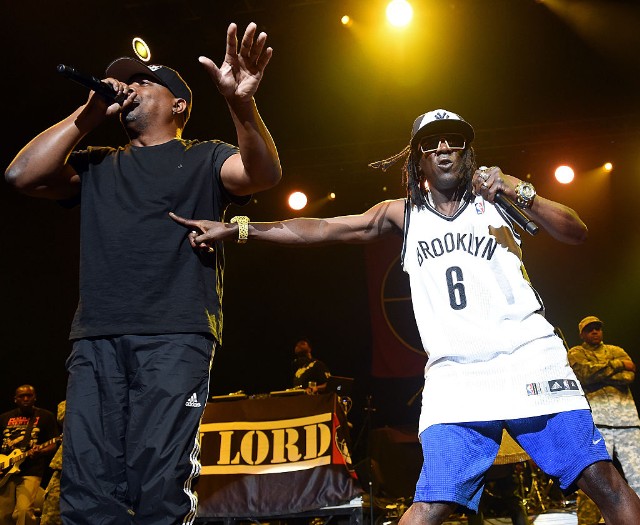 Public Enemy have released their new album, Nothing is Quick in the Desert, ahead of schedule. Earlier this week, the legendary political-rap duo confirmed that they would be putting it up for free on July 4. But the band has posted the 13-track album, which features Ice-T and Parrish Smith from EPMD, on Bandcamp today for stream and free download.

As Stereogum notes, Chuck D clarified the concept behind the album, and perhaps why it is free, in a statement:

After 30 years, 106 tours across 105 countries and countless records, thank you. This one is on Public Enemy. Get it while it’s free.

Nothing Is Quick In The Desert is a saying I use when the average person looks at the record industry. It looks dead like a desert. But there’s plenty of life in the desert when one is educated on what they see and hear. There, a cactus absorbs and stores water deep in its root, taken from the air itself and certain creatures thrive in that dry heat whereas the average cannot. It pays to be above average (or well below it) in the desert for survival. The music industry is similar in that analogy. It’s still in motion, it just needs redefinition.