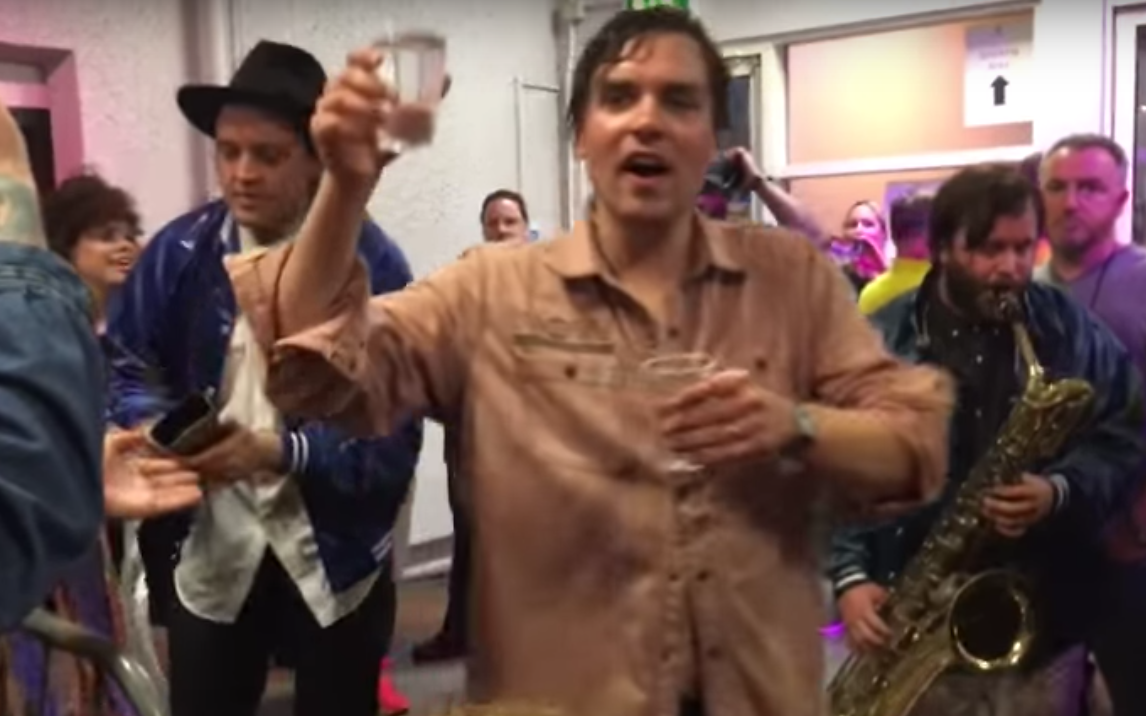 Despite their self-serious image, Arcade Fire do, on occasion, know how to have fun. And it appears they had a lot of fun in Edinburgh over the weekend, where they followed up a sold-out show at the Corn Exchange with an impromptu jam session in the lobby (which they often used to do back in the day). Win Butler played cowbell and metal barricade, and a sweaty Will Butler handed out water to thirsty concertgoers. Watch below.