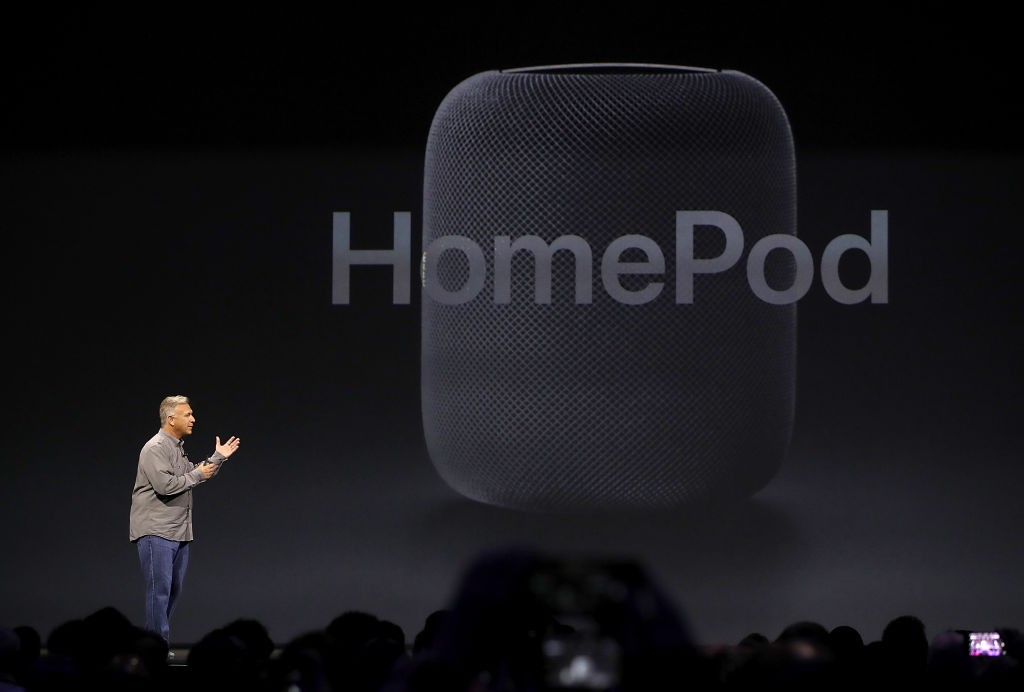 Among the announcements from the Apple Worldwide Developers Conference today is news of Apple’s new standalone Bluetooth speaker, dubbed the HomePod. It’s a seven inch tall mesh bubble with a Siri interface on top, and while it’s marketed primarily to music fans, its features are intended to compete with the Amazon Echo and Google Home speakers as well as with Sonos.

The HomePod will come in white or space gray and costs $349. It’s expected to ship in December. It’s connected to Apple Music, of course, and can play from that service’s library independently. Six microphones around the speaker’s top edge will listen for users to say “Hey Siri,” and alongside regular Siri functions (messages, weather, etc.), the HomePod promises to answer more in-depth music questions such as chart history or names of individual performers. In an apparent response to privacy concerns about the Echo, Apple says Siri requests will be encrypted and anonymized.

The HomePod promises better sound quality than its rivals, and it’s also supposed to do something called “spacial awareness,” which involves adjusting its sound to suit a room’s acoustics. Buyers will be able to put two HomePods in the same room for enhanced sound. Separate updates to Apple’s AirPlay technology and Home app will allow listeners to use their iOS device to control audio in multiple rooms, whether on HomePods or other paired Bluetooth speakers.

In other music-related news from AWDC today, Apple’s Music app is getting some new social features, including a “Friends are listening to” section under the “For You” tab. Apple will also allow third-party developers to fully integrate with Apple Music, starting with Shazaam and the radio app Anchor. These updates will arrive with iOS 11, out later this year.