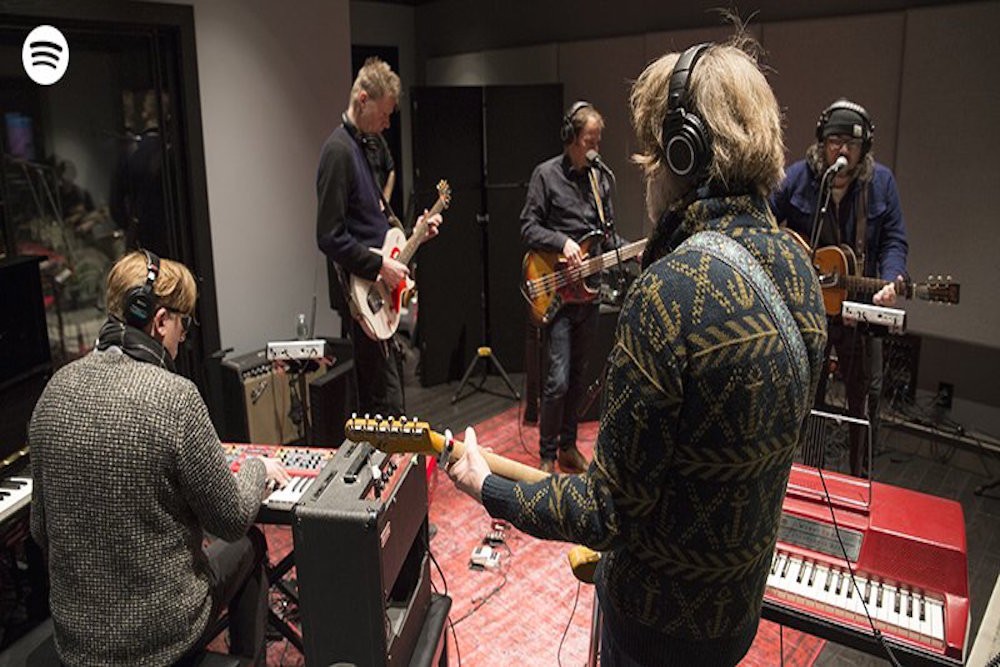 Wilco have released a pair of singles as part of Spotify Singles series. They recorded “If I Ever Was a Child,” off of 2016’s Schmilco, and a cover of Nick Lowe/Elvis Costello’s “(What’s So Funny ‘Bout) Peace, Love, and Understanding.” Both songs have folksy Americana textures going on, with simple guitar and drum arrangements, featuring just a little bit of organ on “If I Ever Was a Child.” Stream the singles on Spotify below.