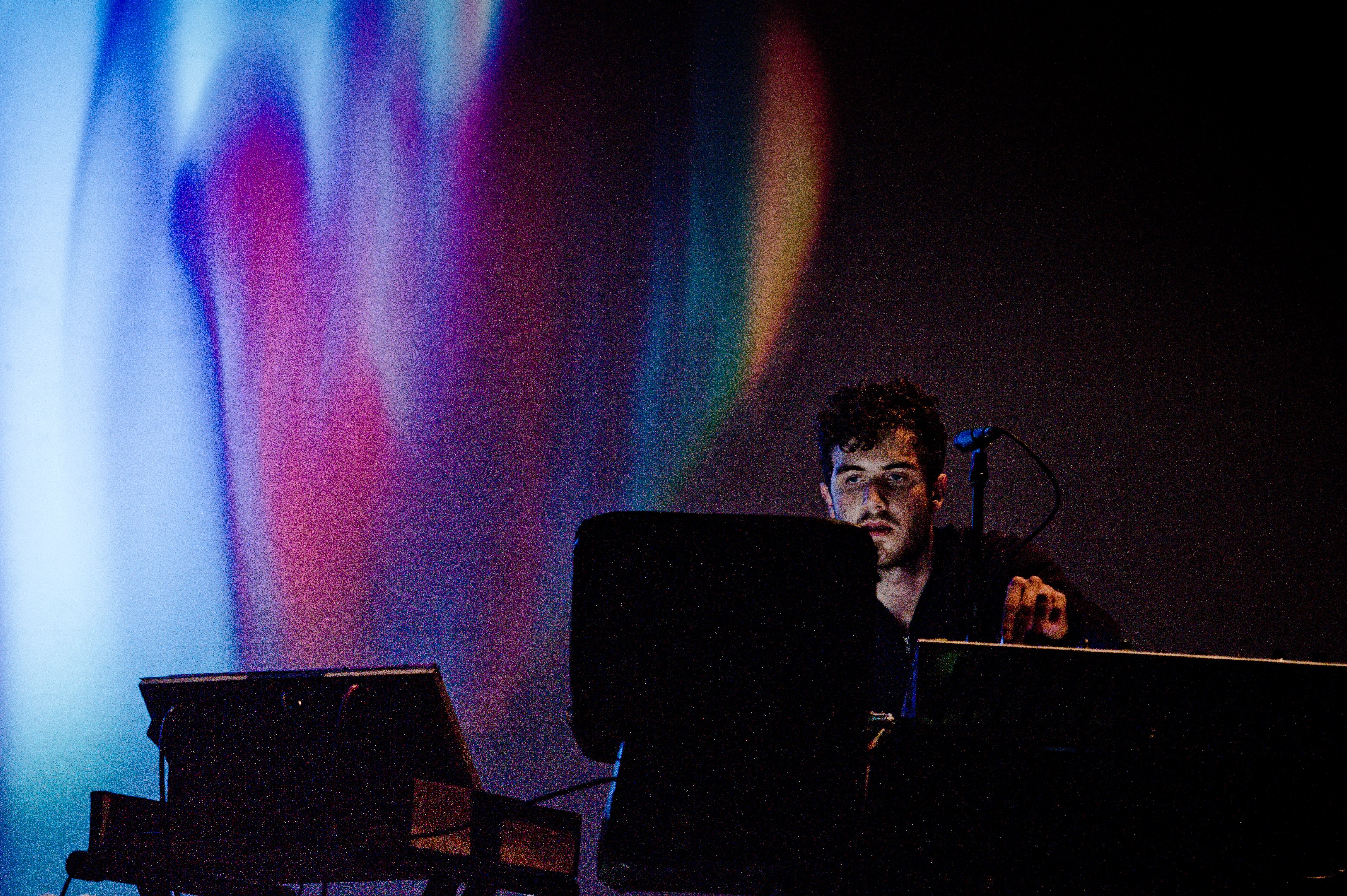 Last September, Nicolas Jaar teamed up with the club documentarians at Boiler Room to create a new hour-long concert film called TRANSITION. Shot at the now-defunct Brooklyn DIY venue Aviv, the “singular visual experience” was said to take “a cue from Jaar’s semi-fictitious network of interlocking radio stations, as well as his latest studio album Sirens.” Included on the video’s YouTube page is a tracklist of sorts, with song titles explicitly tailored to the set. Check out the set below.