Miley Cyrus Still Has an Uncomfortable Relationship With Rap 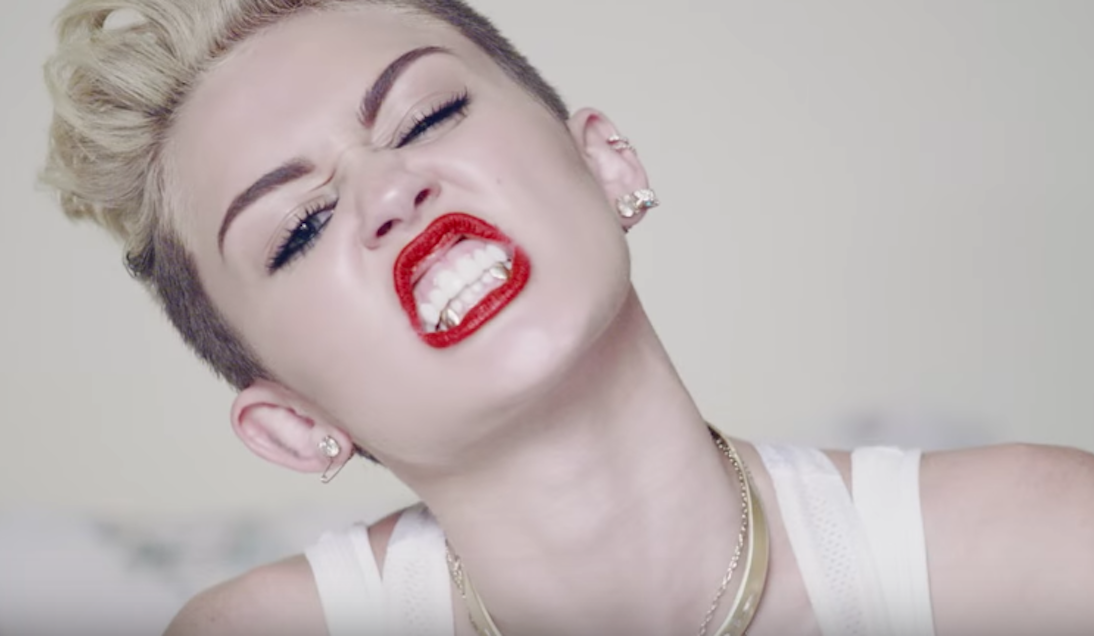 In Billboard’s new Miley Cyrus cover story, the singer talks about the shifting sound of her music, away from the rap-adjacent pop of her last album Bangerz, as well as the psych-stonerisms of her free mixtape Miley Cyrus & Her Dead Petz, and into the “rootsy” pop-rock that we will hear next. Speaking specifically about how she now views rap music, Cyrus says:

But I also love that new Kendrick [Lamar] song [“Humble”]: “Show me somethin’ natural like ass with some stretch marks.” I love that because it’s not, “Come sit on my dick, suck on my cock.” I can’t listen to that anymore. That’s what pushed me out of the hip-hop scene a little. It was too much “Lamborghini, got my Rolex, got a girl on my cock” — I am so not that.

It’s very clear, from this quote, that Miley Cyrus has still not spent much time, if any, reflecting on her relationship to rap music. She insinuates that latent materialism and misogyny in rap now rub her the wrong way, but she doesn’t acknowledge (or recognize?) her eagerness to contribute to that same wealth celebration and sexualization when she was making songs that flirted with rap imagery. “23,” a Mike Will Made-It song she sings the hook for, is a long advertisement of expensive sneakers, and her video for “We Can’t Stop,” though a demented fun-house masterpiece, further lustily engages in the same tropes she now condemns, and without any of the subversion one imagines she was aiming for.

Miley’s underdeveloped thinking regarding the ramifications of her own rap costumery is emphasized when she addresses her infamous VMAs performance with Robin Thicke. She says:

I know what I want this record to be. And not in the sense of manipulation — wanting something from my fans or the audience, like some slimy thing — “How do I get attention?” I never thought about that. Dude, I was shocked that people gave a fuck about the [MTV Video Music Awards in 2013, when she ­performed with Robin Thicke] — the ­twerking, the teddy bear. It’s a totally ­different time, and I don’t think that would freak people out anymore.

For one, it’s a “totally different time” now not because white women twerking somehow helped push society forward, but because white culture is America’s dominant culture, and once it fully absorbs something, such as twerking, it then focuses on gobbling up some new transgression. But more to the point, Miley being shocked by the negative response to her twerking on Robin Thicke (in front of a group of black backup dancers) reveals a willful ignorance when it comes to what these forays into black culture might say about her, or the relationship between white and black people at-large.

The concept of privilege is sort of a bugaboo now after Donald Trump’s election, with plenty of liberal commentators arguing that Democrats need to pay less attention to identity politics. Nonetheless, there is no other way to view these quotes than through that lens. Miley doesn’t just have the privilege of a white woman, she has rich, child-of-a-celebrity, industry-behind-you-privilege, the sort that allows you to, essentially, see black culture as just an album cycle, to be abandoned and then critiqued as your art moves somewhere else. Pop music is great because we allow our pop stars to try on new images and sounds, but if that’s all Cyrus was doing then it’s naive for her to believe that she was ever part of, in her words, “the hip-hop scene.” Her relationship to rap was only as deep as the search for her next phase.

Miley is passionate about social issues—specifically gay and trans youth, and the safety of the homeless—but she has yet to turn this sort of critical thinking about our society in on herself, which, in a way, makes her an interesting pop star, but not exactly the most self-aware.