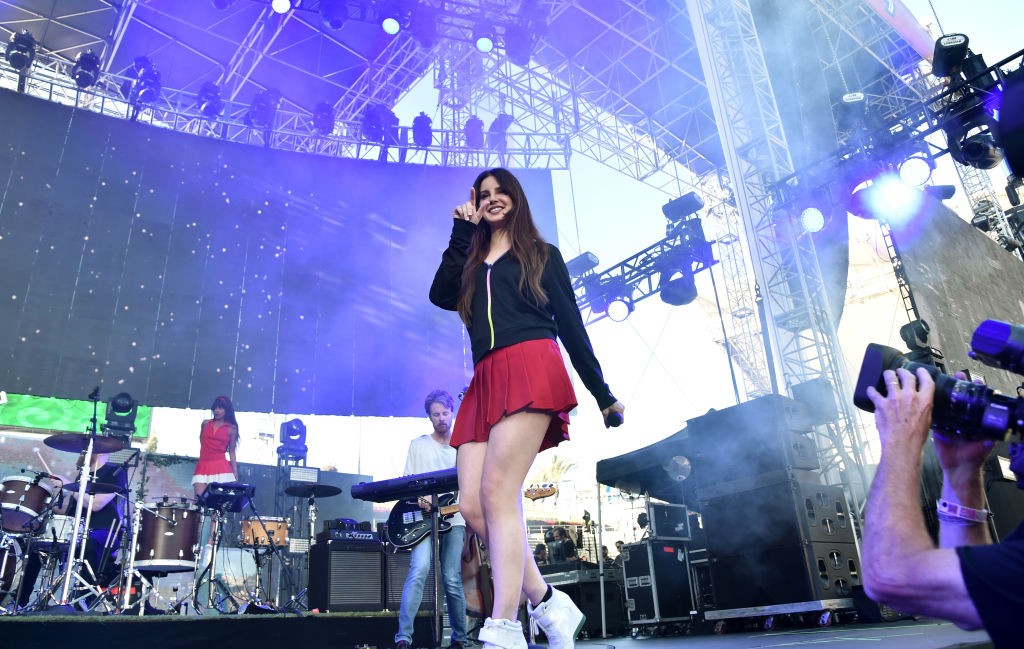 Over the weekend, Lana Del Rey debuted a new song, “Cherry,” at the KROQ Weenie Roast festival. After the show, she also joined KROQ host Stryker for a backstage interview, where she elaborated for the first time about Stevie Nicks’ guest feature on Del Rey’s upcoming album, Lust for Life. Their song is called “Beautiful People, Beautiful Problems,” and Del Rey contacted Nicks via producer Rick Nowels, who’d known Nicks for years.

“She’s so contemporary—she knows all the new music that’s out weekly. She loved the track and she added so much to it,” Del Rey said. (Also this weekend, Nicks appeared in concert with Harry Styles.)

Elsewhere in the interview, Del Rey appeared to confirm that “Coachella (Woodstock in My Mind)” will not appear on Lust for Life, mentioning that she released it “in real time” to coincide with the festival. A release date for the album hasn’t yet been announced. Listen to the full KROQ interview audio below.