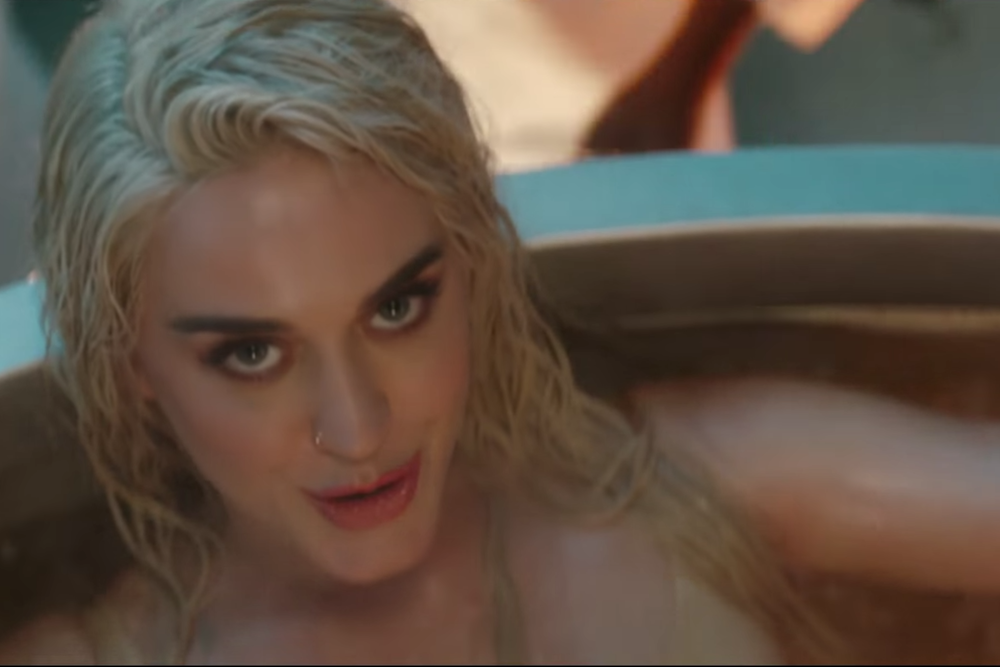 Katy Perry’s latest single “Bon Appétit” hasn’t really done much chart-wise, but there’s no way there wasn’t going to be a video. The Dent De Cuir-directed video dropped today and it basically visualizes the song’s concept. Our heroine, dressed in a nude-colored swimsuit, spends a majority of the video being prepared like she’s food. She’s even lathered up in flour at one point, and being the “purposeful pop” star she is, gets her braids chopped off. Migos eventually show up in a club in high fashion gear.  The whole thing is as uncomfortable to watch as the single—just like the Perry’s Twitter promo promised. Watch the absurdity unfold below.