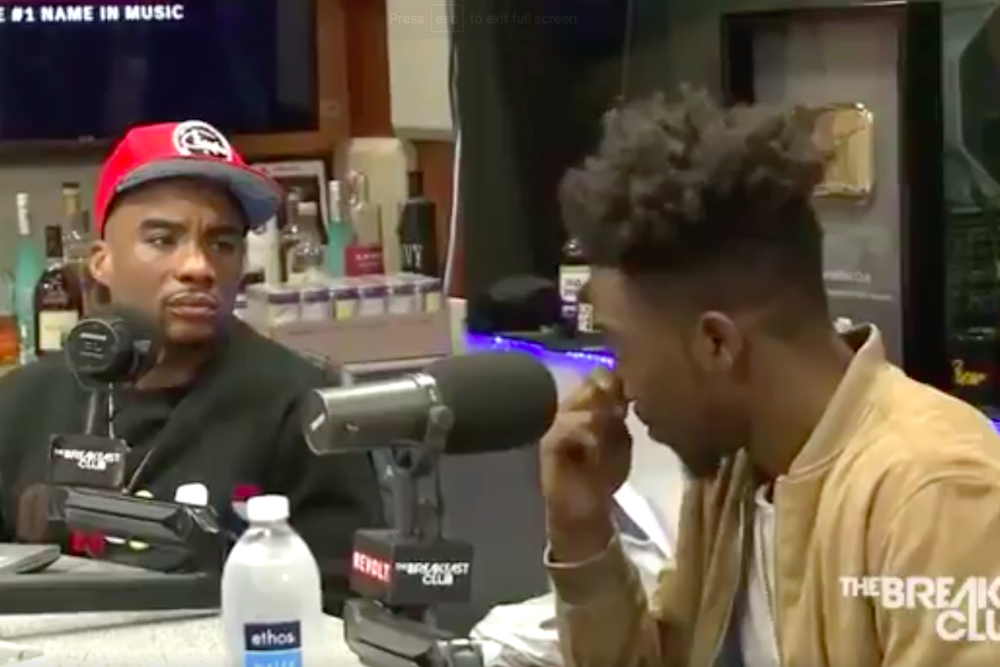 Desiigner was smiling and laughing, carefree as a bird, when Charlamagne tha God hit him with a political question during his appearance on Power 105’s The Breakfast Club Tuesday morning. With a face as serious as death, like a long-range shot from a sniper rifle: “What are your thoughts on Jeff Sessions’ plan to create stricter drug laws?”

Desiigner, a 20-year-old with two famous songs, one mostly gibberish and the other about a Nickelodeon cartoon character, is not what you would call a “conscious rapper,” and he is probably not accustomed to receiving interview questions like these. First, he tugged on his own nose and gave a wordless groan that sounded kind of like the yawning of tectonic plates on the move, or an ad-lib to a Desiigner song. Then, he asked Charlamagne to repeat the question, and Charlamagne did. “I ain’t even gonna lie, my head not even in tune with that right now,” Desiigner said. “My bad.” You have to feel for the guy, but it made for 20 seconds of extremely compelling radio.