In commercial rock’s post-millennium, pre-9/11 wasteland, where nu-metal and arena rock ran amok as spoiled, unchallenged apex predators, At the Drive In were a pack of rabid hyenas. They binged on hardcore’s corpse only to spew forth the spoils, leaving behind an ADD-addled, genre-defying mess that managed to capture the hearts of the MTV2 set in spite of the band’s confrontational MO, both on record and onstage. But just as the madness reached its apex, At The Drive In’s ceaseless momentum came to a screeching halt after the release of third album Relationship of Command in 2001, followed shortly thereafter by a schism between the band’s two creative factions. Frontman Cedric Bixler-Zavala and lead guitarist Omar Rodriguez-Lopez, the band’s stoner philosopher duo and creative core, pursued prog as the De Facto, Mars Volta, and Antemasque; rhythm guitarist Jim Ward, bassist Paul Hinojos, and drummer Tony Hajjar would stay the post-hardcore course as Sparta.

When asked if At The Drive-In would ever reunite in a 2008 interview, Rodriguez-Lopez laughed, comparing the band to an ex-girlfriend. “You wouldn’t replace the experience at all,” he shrugged. “I’m like, “I’m glad I met you. I learned so much from you. I learned how not to be; I learned how to be–but I’ll be damned if I have to go through it again.” But you never forget your first love–and so, seventeen years after At The Drive-In’s opus and supposed curtain call, here we are with In•ter a•li•a, an eleven-track effort which finds the band (minus Ward, replaced by Sparta’s Keeley Davis) in media res once more. It’s a record which aims to please, a clear invocation of their whirling dervish heyday. But while In•ter a•li•a packs in many of the thrills fans have come to expect, the record ultimately represents an exhumation, rather than a resurrection.

From a superficial standpoint, In•ter a•li•a well worth the wait, primarily because it sounds like an At the Drive In record rather than a nostalgia-fueled by-product of its members’ side projects. After over a decade in space-freak mode, Bixler-Zavala told the New York Times he went to great lengths to recreate his freewheeling creative process circa 2000, revisiting his old influences, brushing up on the stream-of-consciousness lyrical approach that fell by the wayside during the Mars Volta years, and backpedaling from multi-layered epics to uniform racket. Opener “No Wolf Like The Present” picks up where Relationship of Command left off, with Rodriguez-Lopez’s jagged riffs encircling Bixler-Zavala’s signature, political word salad, dished out by way of a flamboyant, Jello Biafra-esque bellow (“From Potemkin mills where the winds erase/They use our past to evict us/In a land that stole a kestrel from the knave”). “Hostage Stamps” and “Tilting at the Univendor” are guaranteed pit-starters, while “Continuum” pirouettes atop a cracked, funky pedestal. They’re the stuff of great Rock Band levels, if not instant classics.

The fan service can only go so far, though. With each successive spin, the LP’s post-reunion giddiness recedes, revealing the overarching déja vu as a crutch. Whereas At the Drive In’s previous records saw them constantly throwing the listener for a loop, In•ter a•li•a’s takes them by the hand, guiding them through rote verse-chorus-verse formations, rendered all the more dull by co-producer Rich Costley’s mix, which delegates almost all of the sonic space to Bixler-Zavala and Rodriguez-Lopez, a far cry from Jim Ward’s full-bodied, egalitarian arrangements. Robust as the aforementioned duo’s performances may be, their dynamic impact is inevitably weakened with Hajjar and Hinojos so far in the background. It doesn’t help that Bixler-Zavala’s’s vocals are beginning to show the strain of nearly two decades’ worth of bong hits and onstage screeds, as evidenced by his humdrum delivery on lead single “Governed By Contagion”, and “Holtzclaw”, a tentative slow-burner that feels out of place on this otherwise hard-hitting effort. 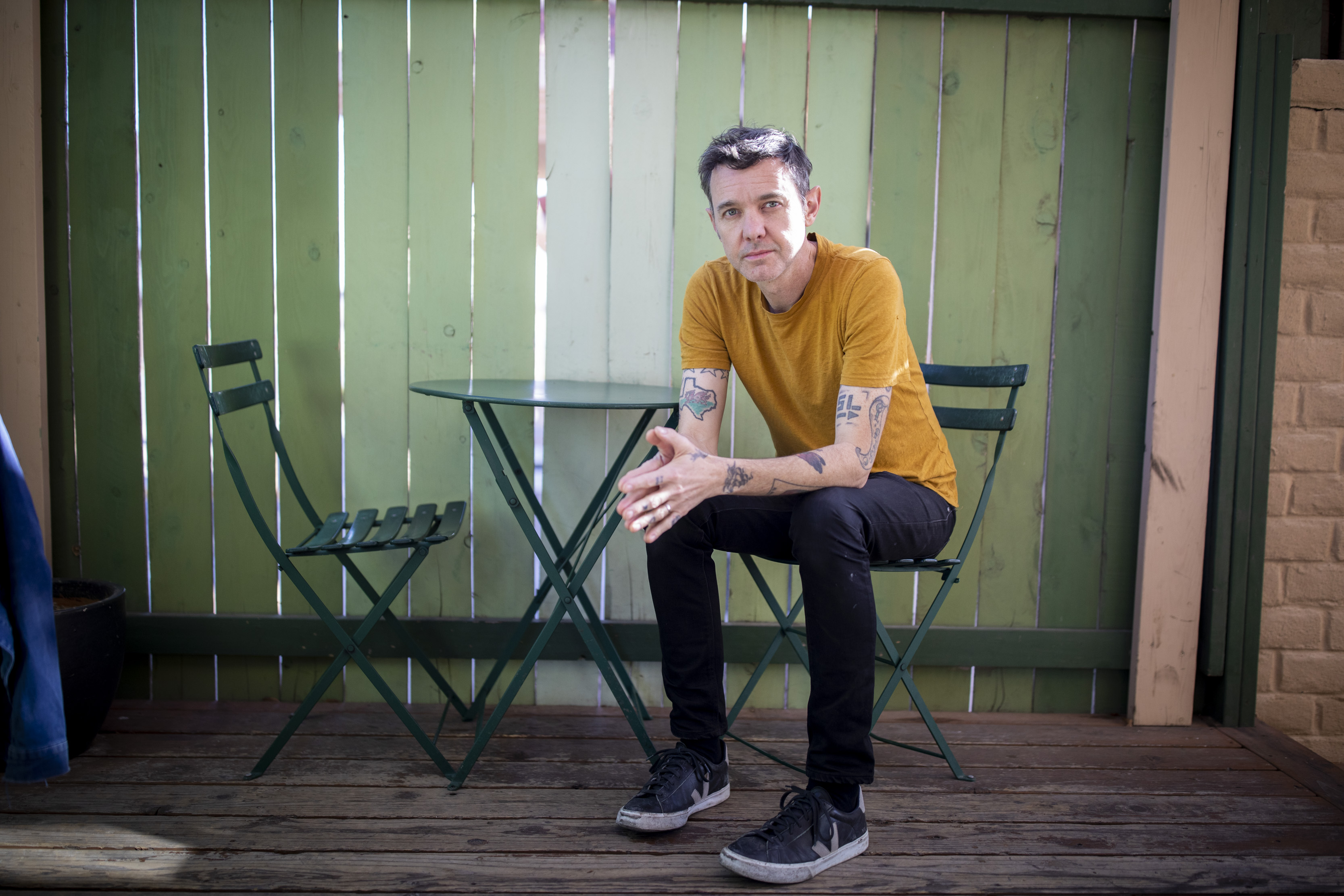 To be fair, with in•ter a•li•a, the odds have been stacked against At the Drive In from the start. Bands who drop a landmark album prior to disbandment will always face disproportionately high expectations if and when they decide to return to the studio. Returning to Rodriguez-Lopez’s previous comparison, one doesn’t expect that primal chemistry with an old flame to remain intact after a lifetime apart. So is it really fair to charge five dudes in their forties with replicating an album they wrote as twentysomethings? Certainly not, but some masterpieces are better left without an epilogue, no matter how hard an audience is clamoring for the comeback.