Watch Against Me! Cover Mountain Goats’ “The Best Ever Death Metal Band In Denton” 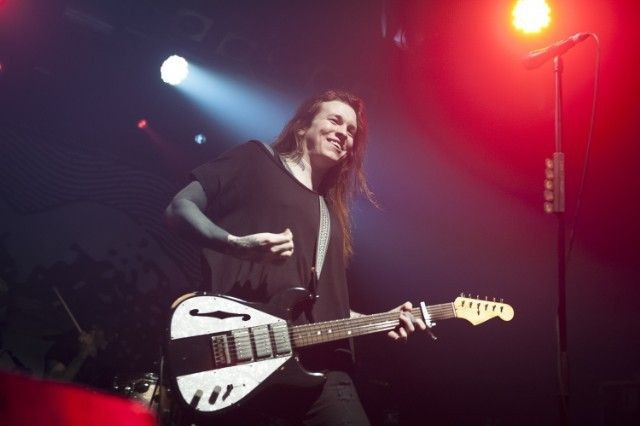 Against Me! recently played an intimate show for House Of Strombo, the new web video series from CBC host George Stroumboulopoulos, and towards the end of their set, Laura Jane Grace took a moment to cover a song that she’s been particularly into recently. “I’m gonna play one cover just because I feel so inclined to do it because I’ve been really into this song lately. So fuck it,” she said before launching into a rendition of the Mountain Goats’ All Hail West Texas opening track “The Best Ever Death Metal Band In Denton.” Watch it at the 42m 11s mark below.

Tags: against me!, Laura Jane Grace