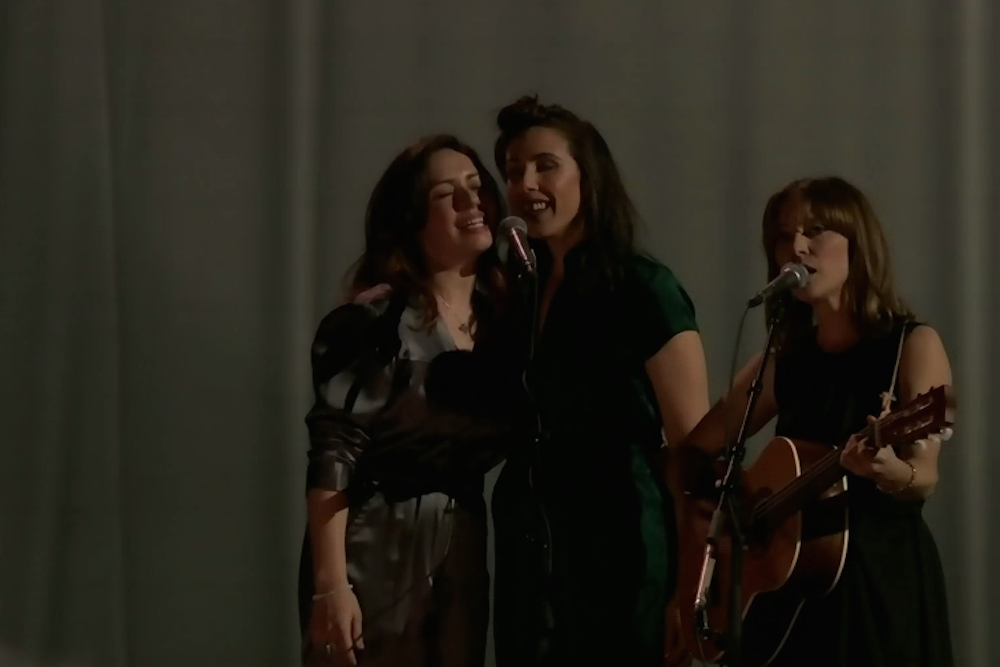 At the Juno Awards in Ottawa this weekend, Feist performed “Hey, That’s No Way To Say Goodbye” in tribute to singer and songwriter Leonard Cohen, who died last year. She was introduced by the ever-so-charming Canadian Prime Minister Justin Trudeau, whose father had been great friends with Cohen. In an anecdote, Trudeau joked that Cohen was a fantastic musician but not a man who liked hugs.

Feist’s stripped-down performance, accompanied only by her acoustic guitar and two backup singers, is fragile and beautiful. Watch the full video on CTV Montreal; Feist’s performance begins approximately at 2:53.