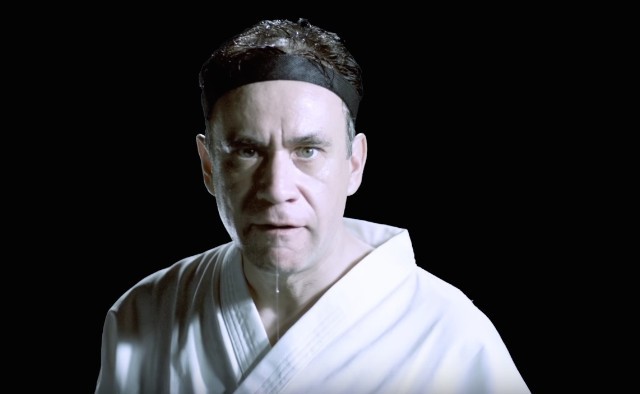 Psychedelic rock warrior Ty Segall just shared his video for “Break A Guitar,” the revved-up hammerhead beast from this year’s self-titled album, and it is immediately the best video that Ty Segall has ever made. The clip, which comes from director Matt Yoka, opens with a beautiful sight: Fred Armisen, playing a drooling karate master, kicking a guitar into splinters. As the video progresses, it turns into a hypnotic kaleidoscope of exploding guitars and Segall and his band playing. (Segall and his band are apparently all now wearing green industrial jumpsuits, which is a great look.) The screaming nightmare visages of Henry Rollins and Jack Black also make appearances. Watch the video below; it fucking rules.

Ty Segall is out now on Drag City.