Today at his press conference, in attempting to explain the reasoning behind the Donald Trump administration bombing an airfield in Syria, Press Secretary Sean Spicer brought up Hitler. Nobody asked him to bring up Hitler, as far as I can tell. He just… did. He said, via the AP, in reference to Syrian president Bashar Al-Assad authorizing the use of chemical weapons on his citizens, that Hitler “didn’t even sink to using chemical weapons.”

Now, this is demonstrably false. Anyone who has completed middle school history knows that Hitler was faaaaamous for his gas chambers. Nonetheless, we’ve all found ourselves boxed in during an argument and, in the process of trying to weasel our way out of it, attempted to make a point that was just fucking stupid. It happens to everybody, even people who are specifically paid to make not really dumb arguments but instead very good arguments, such as the press secretary of the United States. Misspeaking, in of itself, is not a crime, and… well I’m trying to be charitable to Sean Spicer, for whatever reason, but it doesn’t matter because he tried to further explain why Assad is worse than Hitler, and said the following:

Full Spicer Hitler quote is even worse than the topline. So Jews weren't Hitler's "own people" or "innocent"? https://t.co/VfojYaJhc6 pic.twitter.com/jG9RwDsSJY 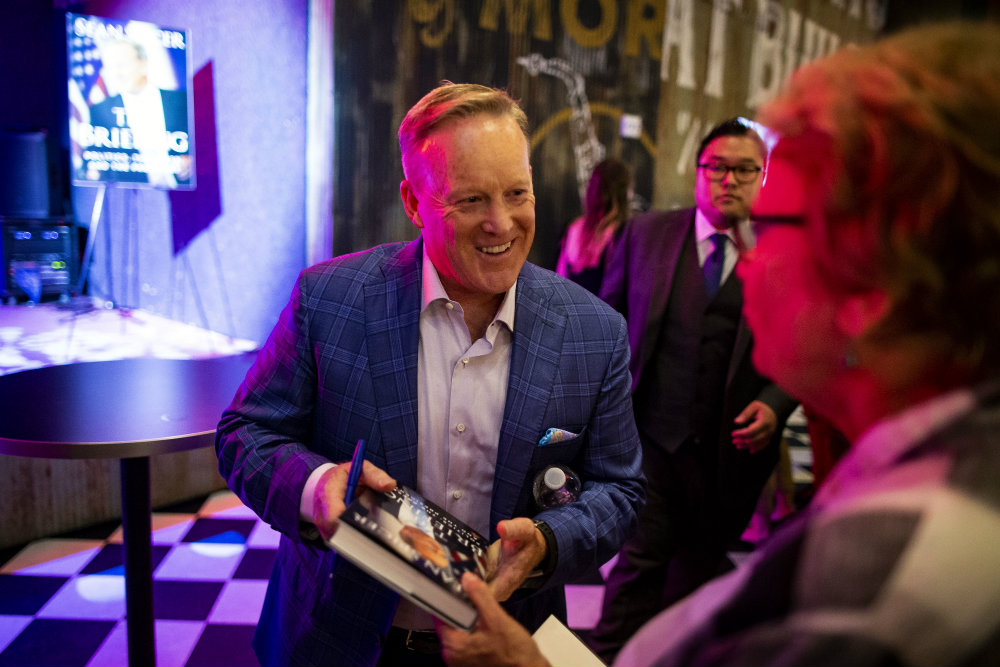 It’s actually worth watching the video also, because you can tell by the way in which Spicer is unable to even complete a single sentence that he knows he’s full of shit, but he just can’t stop that shit from pouring out of his mouth. His point here is not just a bad argument—it’s literally a tacit endorsement of the Holocaust. Sean Spicer is saying—indirectly, though not even that indirectly—that gassing your citizens is more okay if you kidnap them and ship them off to “centers” where they can then be more cleanly murdered. Hey, it’s an efficiency-based argument.

It seems worth mentioning here that one of the absolute most influential men in the White House allegedly did not want his daughter to go to school with Jews.