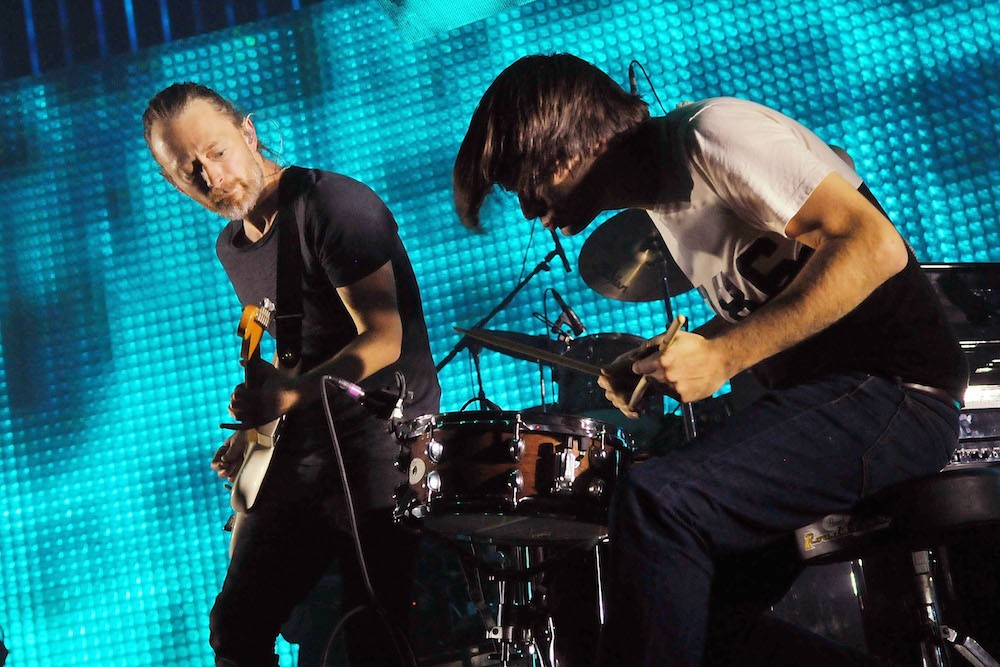 Career doomsayers Radiohead had some rough technical difficulties at Coachella, so much so that it become a news item on its own. The trouble wasn’t as egregious during last night’s show at Berkeley’s Greek Theatre, but the set wasn’t perfect. Radiohead was playing through the ghostly chorus of “Giving Up the Ghost” when Thom Yorke muttered a very audible “Oh shit.” What exactly was shitty isn’t immediately clear from the below footage, but he called guitarist Jonny Greenwood over to him before going on with the song. But Greenwood didn’t leave the moment behind: He played back the recorded “Oh shit” as a loop during the continuation, as Consequence of Sound points out.

Then, something strange happened. Yorke didn’t launch into an impromptu a capella performance of “Street Spirit (Fade Out)” in a profound examination of the irredeemable human heart. He laughed. And it was genuinely charming! The sight of Yorke laughing feels as rare as a shooting star passing through the sky. Watch the moment below.