Prince Sold More Albums Than Any Other Artist in 2016 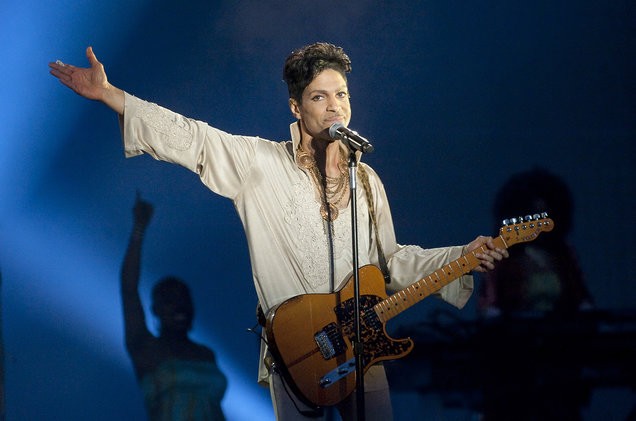 In the year after Prince’s death on April 21, 2016, the Purple One’s catalog of albums and songs have sold a combined 7.7 million copies in the U.S., according to Nielsen Music, through the week ending April 13. Of that sum, 2.3 million were in traditional album sales, and 5.4 million were from digital song downloads.

The bulk of his album and songs sales occurred in the month after his death: 5.65 million were registered between April 21 and May 19, 2016.

For context, those 5.4 million digital song downloads account for nearly one third of the 18.64 million downloads of his songs since Nielsen began tracking the digital format—in 2003. And the 2.3 million in traditional sales are eight times more than the 280,000 album sales of his catalog over the entirety of 2015.

This year, as of April 13, Prince’s track sales have come back down to nearly 286,000, which is approximately the same level it was through the week before his death last year, when downloads totaled nearly 270,000. For the year prior, through the week ending April 12, 2015, track sales stood at 299,000 units, showing again otherwise-consistent sales at the same point in each of those three years.

In terms of album sales so far this year, Prince has sold more than twice the amount as at the same time in 2016, right before his death: 179,000 copies in 2017, compared to 84,000 as of April 14, 2016, per Nielsen Music. One possible reason for the jump is the release of 4Ever; new albums typically generate more sales activity.

Looking at consumption shows a more interesting picture, but one that can’t be compared with the past, given the previously-limited availability of his catalog on streaming services. (Prior to Feb. 12, 2017, his full catalog was only available to stream on Tidal.) For all of 2016, on-demand streams totaled nearly 97.6 million, of which nearly 37 million were on-demand audio and nearly 61 million from on-demand video, a la YouTube, which uses safe-harbor rights to keep all artists’ music almost perpetually available on their site, no matter how many takedown notices it receives from artists.

If Prince fans continue to visit on-demand sites for music at their present pace, his on-demand audio total could hit about 280 million streams by year’s end, which is in the ballpark for annual on-demand audio stream totals for a legacy artist of his stature. “Purple Rain” is again his top song in terms of on-demand streaming—both audio and video—with a total of 5.3 million streams in 2017 so far.

In 2017 so far, Prince’s music is still outperforming at radio: his songs have accumulated nearly 141,000 spins as of April 13, 2017, nearly double the number over the corresponding period in 2016. “When Doves Cry,” with slightly more than 22,000 spins, is his most popular hit at radio this year.