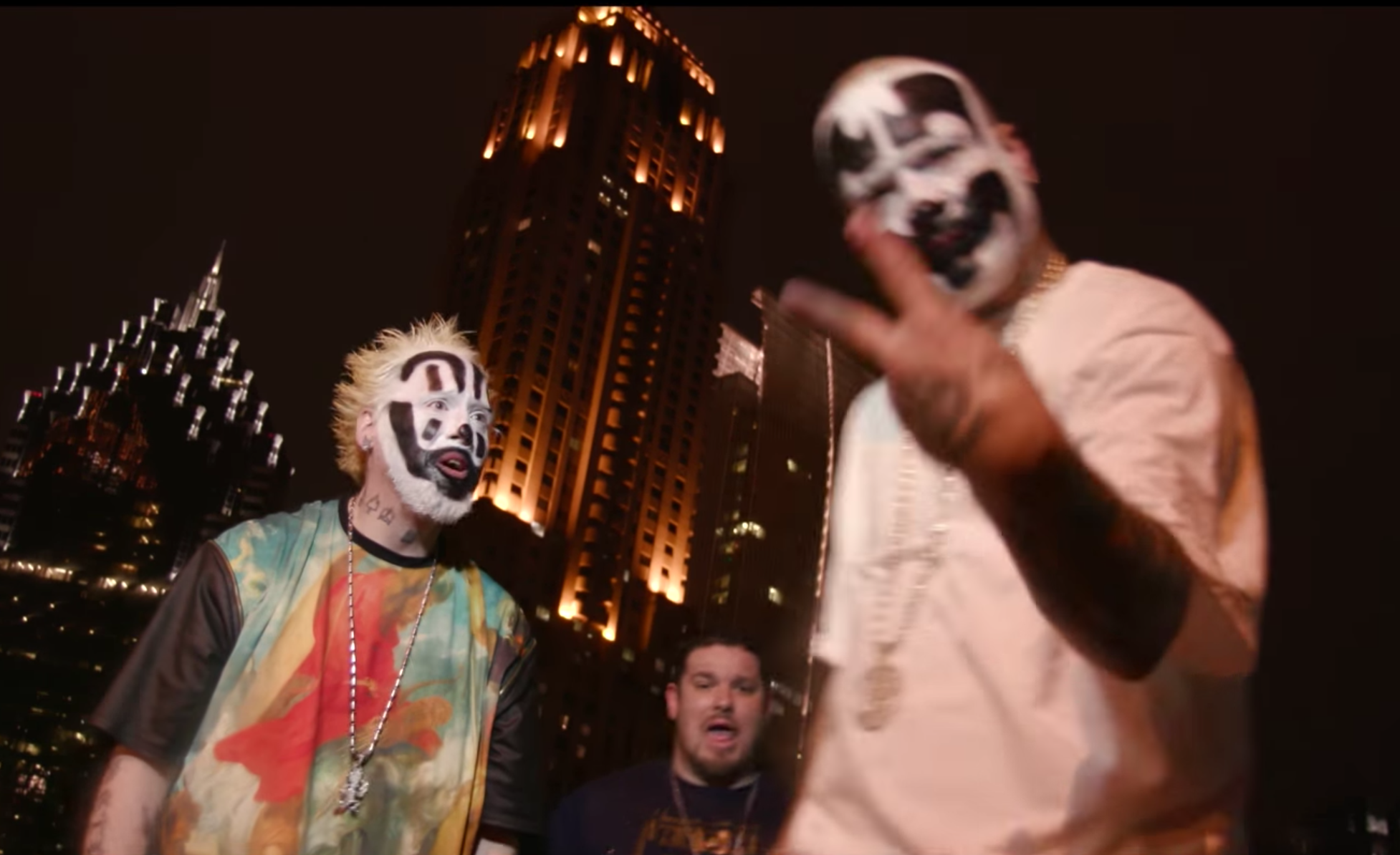 “Fuck the internet, I be out here living life.” This is just one of the worthy sentiments grounding a new song Insane Clown Posse released on April Fool’s Day entitled “No Type (4 Life),” itself a reference to the great Rae Sremmurd song of the same name. Nearly three years after the Sremmlife single, the wickedest duo in the Midwest has put their inspirational spin on the song–that is to say, they literally covered the song almost exactly, with new lyrics and a budget approximation of Mike Will Made-It’s original beat substituted.

Yes, Violent J and Shaggy 2 Dope lovingly fit their sentiments to the exact cadence of Swae Lee and Slim Jxmmi’s verses as well as their triumphant chorus, much in the same way as they once rescripted “My Name Is” as “Slim Anus” to diss Eminem just before the turn of the millennium. The sentiments in “No Type (4 Life)” are significantly more positive then “Anus” however, despite J’s aside about “[liking] my Magnums tight.” As they do on many contemporary ICP songs, the group stays focused on the importance of family, discounting detractors, and having a positive time at an ICP show: “Everyone unites/No one ever fights” takes the place of  Jxmmi’s original “Push-start the whip/Brought it straight to life.”

Listen and watch the video, which features ICP rapping in the streets or on skyscrapers in various major American cities, below. It may have been loosed on the world on April 1st, but nothing about it appears to be in jest. ICP last reinterpreted a popular song early last month, when they released a flip of Christina Aguilera’s “Beautiful.”