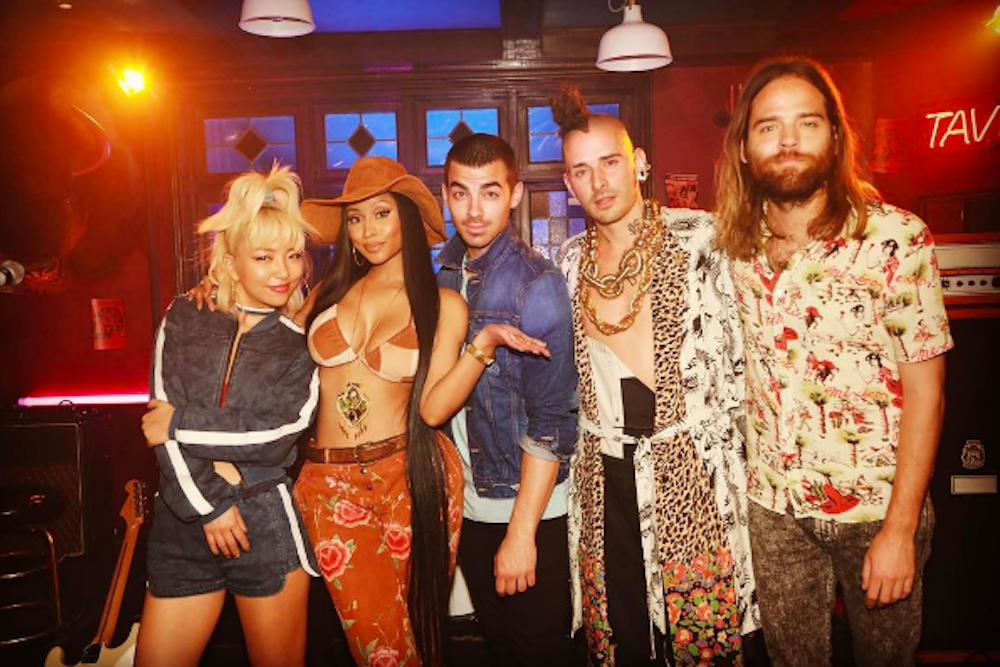 Unless you’ve been living under a rock, you’ve probably heard the big news: DNCE is back, baby. ABBA-lite released their first new single of the year, “Kissing Strangers,” on Thursday night. That they had that much faith in their guest star Nicki Minaj to drop a single the same night as Kendrick Lamar’s DAMN. is a beautiful thing.

Over a suntanned bass groove, Joe Jonas reminds us that he does, in fact, have sex. (“Hyperventilating, blocking up my circulation,” he sings to describe the romance, and inadvertently, puberty). Nicki, of course, decides to play along. “He got that bomb I think Imma call him dynamite,” Nicki raps before dropping another miracle, “Me? I win and these bitches just lose.” It’s the childish interpretation of summer that comes a season too soon, but get that money, Nicki. Listen to “Kissing Strangers” below.