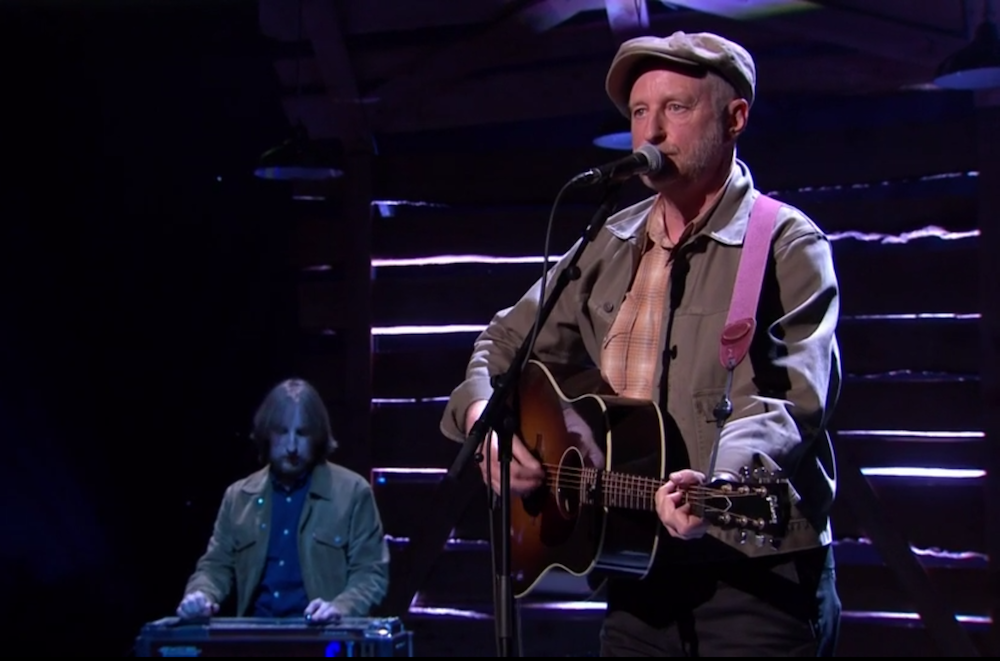 Woody Guthrie was the hall of fame inductee at last night’s BBC Radio 2 Folk Awards, which sort of makes you wonder who’s in the hall already if Woody’s only just now getting in. In any case, the UK folksinger Billy Bragg gave a tribute performance to the icon last night, and it was quite lovely. Bragg is probably the most easily identifiable inheritor of Guthrie’s weighty legacy as poet and troubadour of the working class–his 1998 collaborative album with Wilco Mermaid Avenue set unused Guthrie lyrics to original music–and he handled the role with gravity, performing a somber rendition of “I Ain’t Got No Home,” Guthrie’s devastating ballad of poverty. (The song was previously covered by Bruce Springsteen and Bragg himself on 2013’s Tooth and Nail.)

With its lyrics about struggling itinerant farmers and the bankers who profit from their work, the song has as much resonance today as it did when Guthrie sang it in the early ’40s and early ’50s. Occasionally, Guthrie added lyrics that were addressed to his Brooklyn landlord, who had been accused of refusing to rent apartments to black people. That landlord was Fred Trump, Donald’s father.

Listen to Bragg’s rendition from last night below.

Wu-Tang Clan, Notorious B.I.G. And Woody Guthrie Are Getting Their Own NYC Street Names