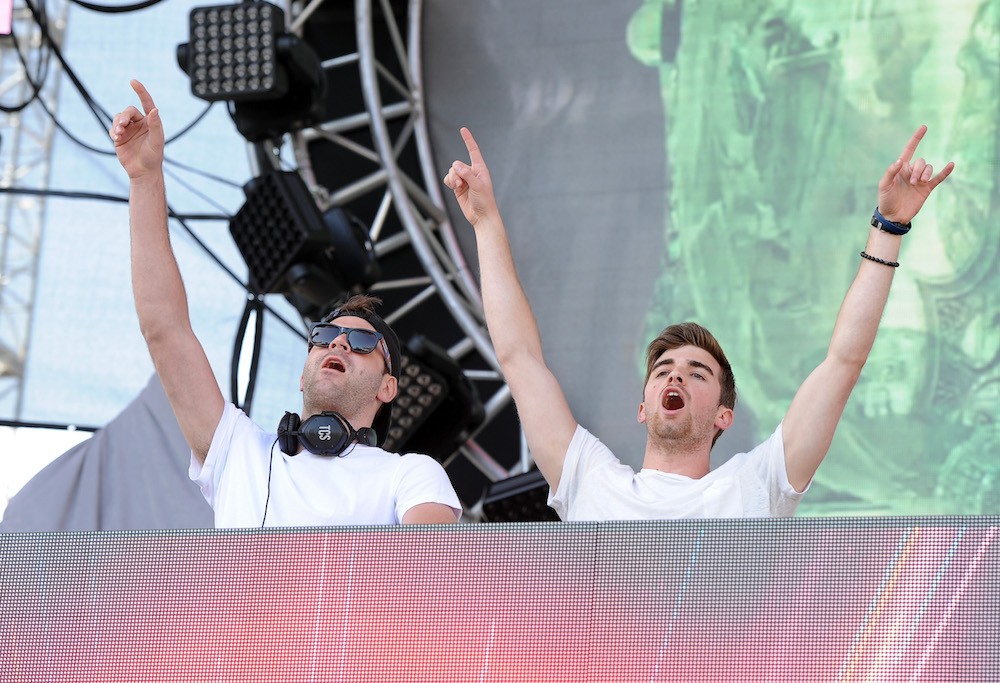 Last night, EDM court jesters the Chainsmokers played at South by Southwest, the destination of all things authentic and cool. Our pal Chris DeVille at Stereogum went to the show, where he witnessed something very wild: the Chainsmokers flipping their mega-hit “Closer” into a cover of Smash Mouth’s “All Star.” Watch it below.

And they say rock is dead 😂 #TheChainsmokers