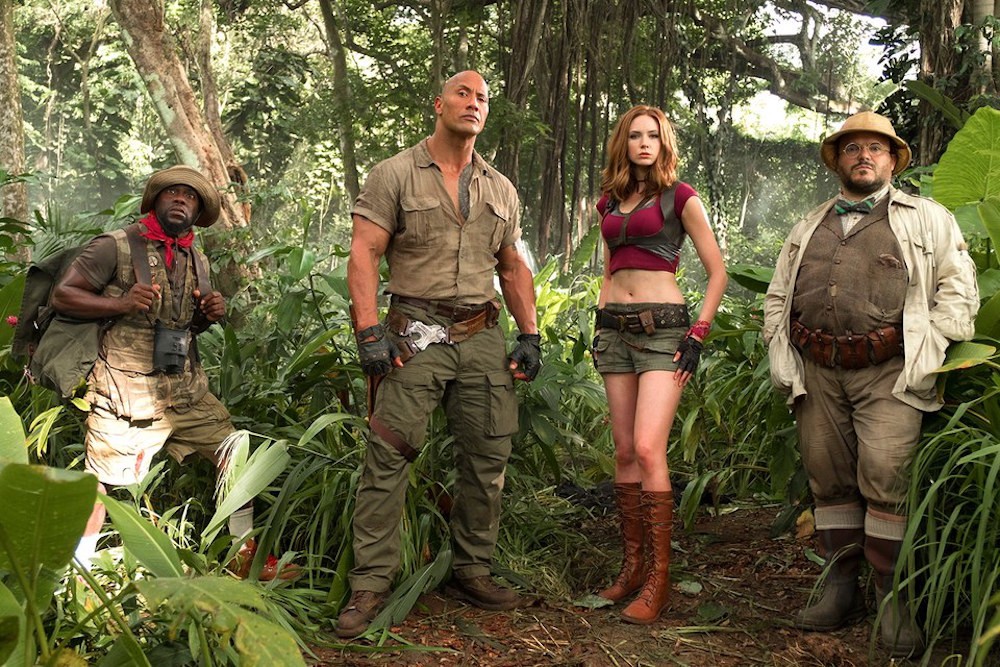 Because it’s 2017 and not 1995, the upcoming Jumanji sequel—titled Jumanji: Welcome to the Jungle—will be centered around a video game instead of the original board game. Sony Pictures revealed at CinemaCon 2017 that the film’s plot follows a group of delinquent teens who stumble upon an old ’90s console that transports them to a universe in which The Rock, Kevin Hart, and Jack Black are characters inside the game. Nick Jonas is also in the cast as some dude named Alex.

Although remaking a movie centered on a board game without the actual board game may ring as absurd, why shouldn’t films strive to stand out in this ongoing onslaught of remakes and delayed sequels? Toy Story 4 shouldn’t even feature toys.