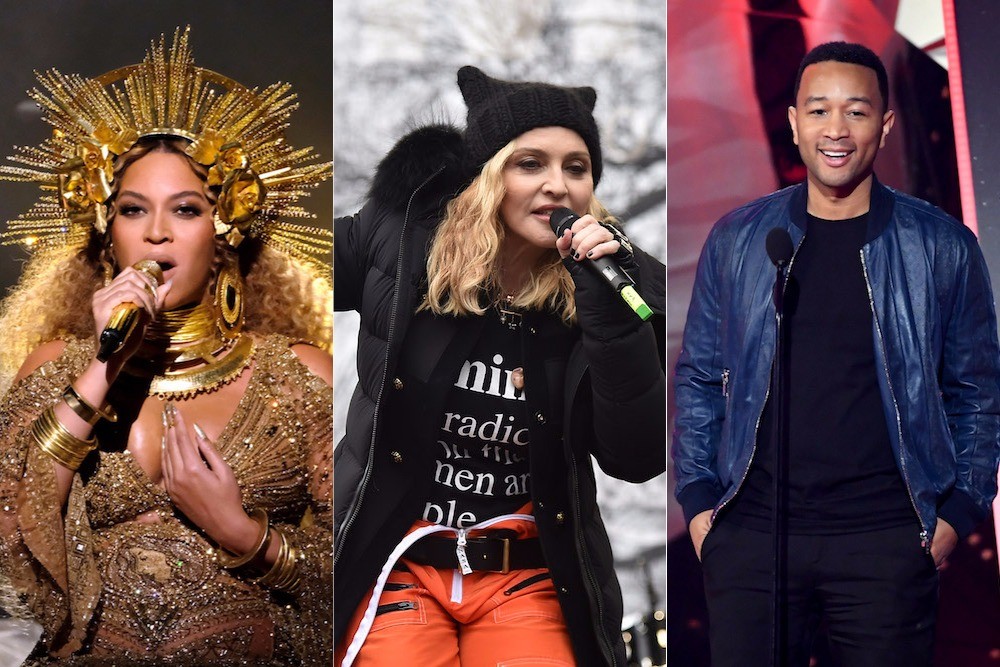 In a show of support for International Women’s Day, Beyoncé, Coldplay, John Legend, Madonna, and other celebrities have co-signed an open letter advocating for gender equality. The letter is co-signed by Chime for Change, a campaign co-founded by Beyoncé and actress Salma Hayek to “unite and strengthen the voices speaking out for girls and women globally.” Hari Nef, Julia Roberts, Jada Pinkett Smith, Gucci creative director Alejandro Michele, and Dakota Johnson are some of the other names who signed the letter.

“All over the world, women are on the frontlines fighting for our future,” says the letter, which was posted to Global Citizen. “Yet millions of girls and women are still denied basic equal rights. And recent policies and appointments in the United States jeopardize its position as a global leader and positive role model on human rights.”

Read the letter in full here.