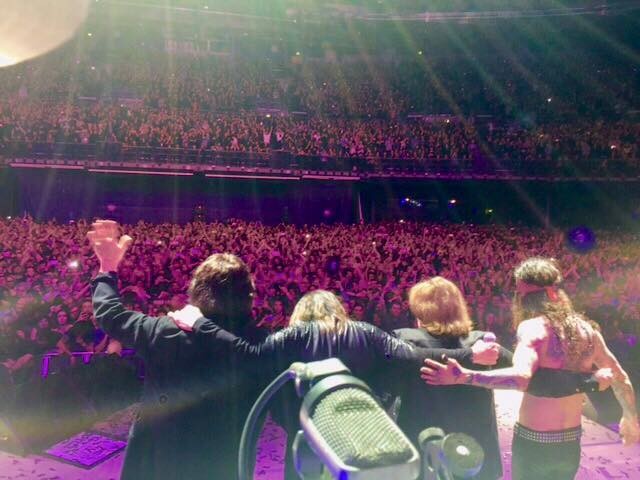 Black Sabbath’s “The End” tour was dramatically announced last year as the genre-defining UK metal act’s last hurrah, due to guitarist Tony Iommi’s increasingly limited ability to travel following his cancer diagnosis in 2012. in  After raging for over a year straight, the tour concluded in a blaze of CGI-fire-projections glory last night, with a two-hour show in Sabbath’s home city of Birmingham. Ozzy’s last words? A simple, “Thank you, goodnight, thank you so much.”

Some good close-ups of Ozzy, Tony, and the fellas doing “Iron Man”:

“Hand of Doom” for the real heads:

And here’s a big general compilation: