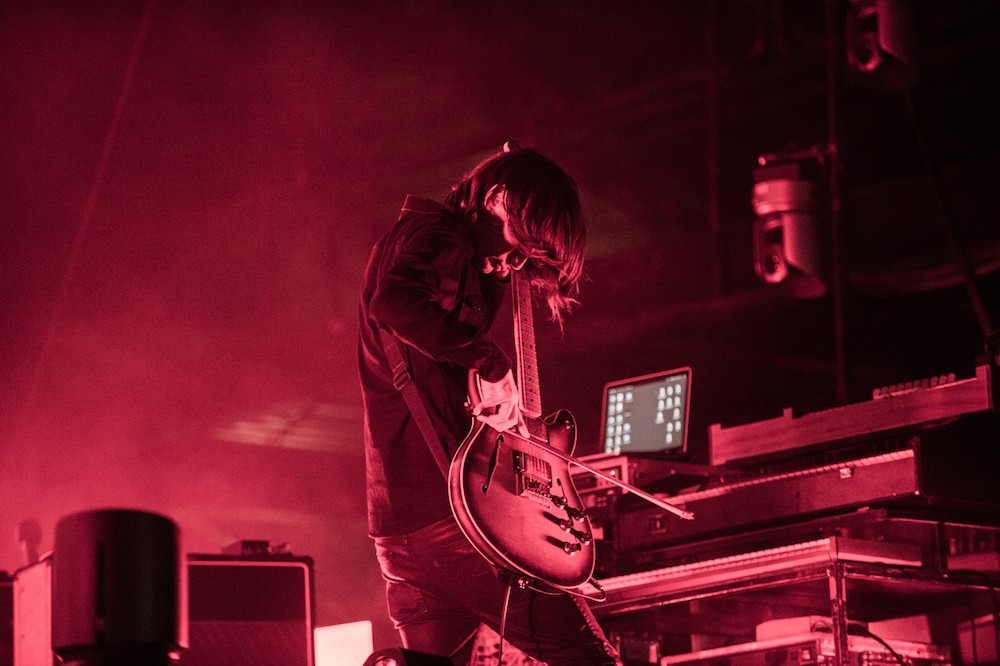 Jonny Greenwood and Paul Thomas Anderson have had a fruitful relationship over the last decade: the Radiohead guitarist has composed original music for Anderson’s There Will Be Blood, The Master, and Inherent Vice; and the acclaimed director created several of the music videos for Radiohead’s A Moon Shaped Pool: “The Numbers,” “Daydreaming,” and “Present Tense.” Their collaboration will continue with a Greenwood score for an as-yet-untitled upcoming Anderson film.

The film will feature Daniel Day Lewis–who also starred in There Will Be Blood–and it will reportedly be out later this year. According to a press release from Focus Features, it is set in the couture industry of 1950s London, and will show “the life behind the curtain of an uncompromising dressmaker commissioned by royalty and high society.” The working title is Phantom Thread.

Hear “Open Spaces” from Greenwood’s classic There Will Be Blood score below.