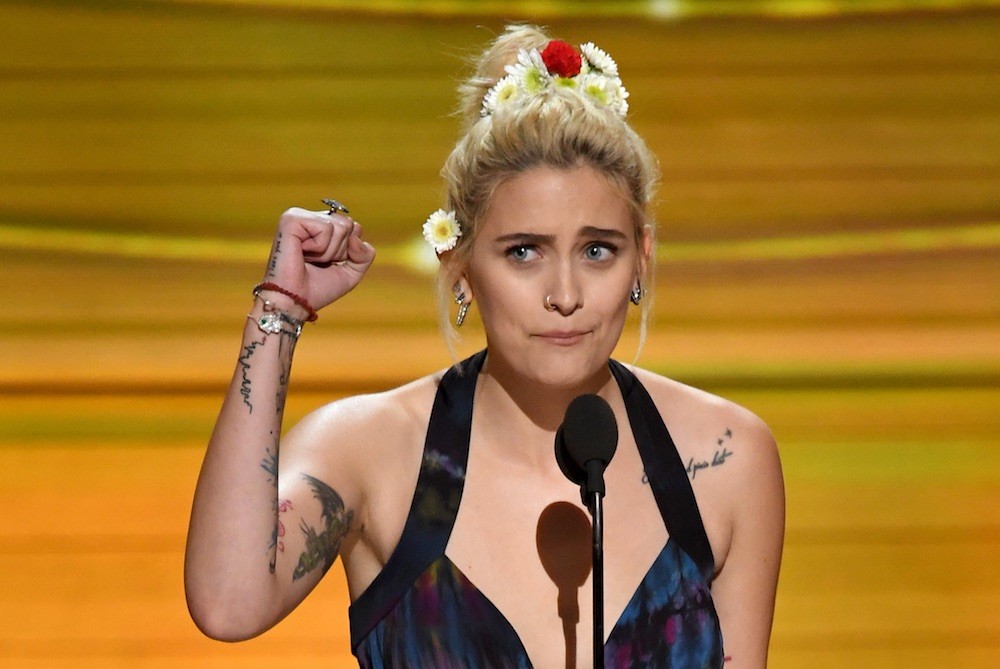 Paris Jackson, daughter of the late Michael Jackson, was on hand at tonight’s Grammys to introduce the Weeknd and Daft Punk before their performance. Jackson walked out to a large round of applause, prompting her to say “We could really use this kind of excitement at a pipeline protests, guys.” She then made a fist and said “hashtag no DAPL,” referring to the trending tag used to support protesters of the Dakota Access Pipeline, which recently began construction at Donald Trump’s behest. Watch a video of her speech below.