1,000 Yemeni Businesses in NYC to Shut Down Tomorrow Over Trump’s Muslim Ban 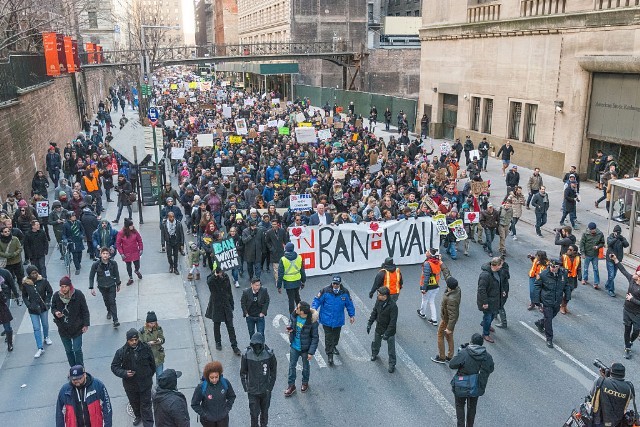 To protest the executive order limiting the travel of people from seven majority-Muslim nations, including Yemen, New York City’s Yemeni-American community has organized a shutdown to protest the so-called “Muslim ban.” Tomorrow, February 2, at least 500 and as many as 1,000 grocery stores and bodegas will stay shuttered between 12 p.m. and 8 p.m., an act of defiance meant to highlight the personal effects of the ban on those of Yemeni heritage in the states. A source tells SPIN the action has moved by word-of-mouth, and has since spread through social media.

“We felt like we had to say something and show the world we are here,” Zaid Nagi, a Yemen-born U.S. citizen and member of the Yemeni American Coalition, told SPIN. “We are civil servants and we have been here for decades and we have built ties with the community. You should know that these are people who are being hurt by these orders and they want the world to hear they have been hurt.”

Nagi’s own mother is in Jordan now, he says, and she was about to board a plane to the U.S. when the executive order came down.

“It’s harder to know who’s not been affected,” Nagi said. “Since the order came out, the Yemeni community has been scared and searching for solutions. After seeing many people come forward in support, we decided this is one solution.”

Tomorrow evening, a demonstration is also planned at the steps of Brooklyn’s Borough Hall, where Borough President Eric Adams is expected to join, sources say. The program will begin at 5:15 with the Muslim call-to-prayer. Following that, several Yemeni-Americans will share stories of how they’ve been affected by the travel ban. Other stories will be read on behalf of those who are too scared to go public with their tales.

“The Yemeni-American community is an incredibly vibrant community in New York City,” Dr. Debbie Almontaser, one of the organizers of the shutdown, told SPIN. “The community is known to actually own stores and bodegas for the last 40-50 years. Many of these bodega owners have a story to tell about a loved one being detained or being sent back or not being able to enter on a green card or visa.”

In lieu of any financial support for the closed businesses, many are donating to the American-Arab Anti-Discrimination Committee.

The shutdown likely would have gone longer, but store owners were concerned with disrupting the morning routines of their regular customers.