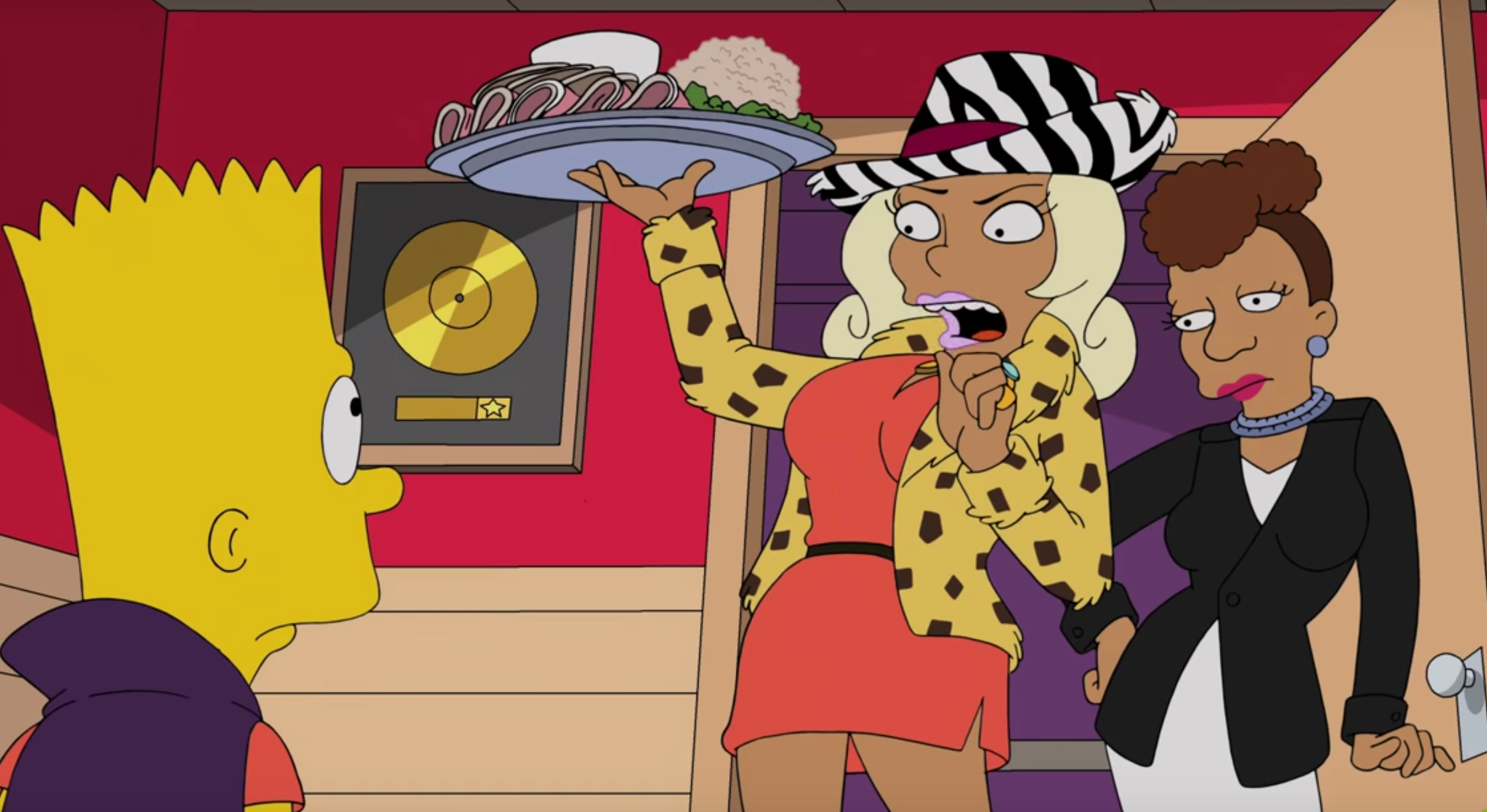 If you missed it on Sunday, you can now stream the hip-hop-themed, Great-Gatsby-parodying Simpsons double-episode “The Great Phatsby” via Fox and Hulu.

The episode focuses on a revenge plot helmed by Mr. Burns against crooked hip-hop mogul Jay G s, with the help of over-the-hill rapper Jazzy Jay (Keegan-Michael Key) and Jay G’s ex Praline (Taraji P. Henson). RZA, Common, and Snoop Dogg, as was previously announced, show up as themselves in the episode, but there were also a bunch of unexpected high-profile cameos: namely, a motley crew consisting of Beyoncé, Cornel West, George Clinton, Flavor Flav, Spike Lee, Dennis Rodman, Drederick Tatum, and more in a party scene. The episode garnered good ratings, despite being up against the NFL playoffs, and mixed reviews.

Check out the episode, with its mess of hip-hop/F. Scott Fitzgerald references and songs by Empire music producer Jim Beanz, on Fox’s website or Hulu.