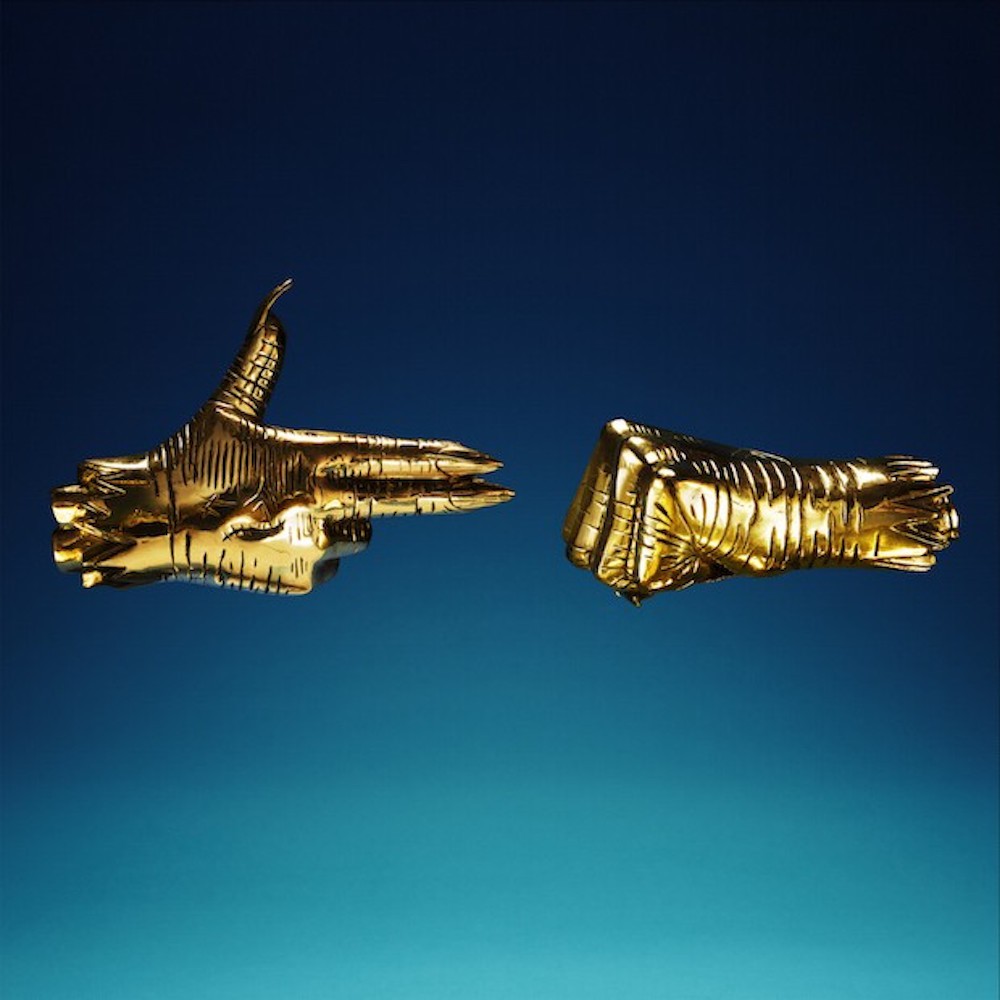 “No struggle feels futile to the one who’s struggling,” musician Tunde Olaniran wrote in his 2015 sci-fi short story “Little Brown Mouse.” Describing a mouse drowning in a container slowly filling with water, Olaniran used the bleak sentiment to show how no amount of scurrying could stave off the animal’s death. Like the best science fiction, Olaniran’s writing presaged a fraught political reality unfolding in new, horrific ways with every day. Forget the protests and the so-called truth—the country will be in the hands of a man who believes nuclear threats are playthings.

Still, the fight goes on. Killer Mike and El-P, both of whom are in their 40s, are still working out the point of struggling when it feels like your head is under water. But their anxiety manifests itself in extraordinary ways: Since linking up for 2012’s R.A.P. Music, Run the Jewels—a miraculous late-career team-up—have risen as the greatest exemplars of righteous chaos since Ice Cube dapped up the Bomb Squad. Their sonic superheroism—they sound like barrel-chested Robin Hoods —and comic book imagery have given them a mythological sheen, but the duo have always grounded themselves via booming production, Mike’s sonorous presence, their willingness to fuck you up. The chest-beating bravado is never that far from mortality–they’ve rapped about friends who passed away from lung cancer, and made videos meditating on police brutality.

At the start of 2014’s RTJ2, a riled-up Killer Mike promised to “bang this bitch the fuck out.” At the beginning of “Down,” which opens up RTJ3, he broods as he looks backward—“I hope with the highest of hopes that I never have to go back to the trap / And my days of dealing with dope”—before El-P raps that he “came from feeling what a pure absence of hope can do.” The opening lines’ stark contrast illustrate a focal shift–where RTJ2 positioned pugilism as necessary protest, RTJ3 tests the limits of that worldview. Their sound is still thrilling, but it’s an album made by men who have watched lives crumble despite willful rebellion and are picking up the pieces to continue fighting, even as the cycle is doomed to repeat itself.

RTJ3 is a front-loaded blitzkrieg that segues into a surveillance of the scorched earth before concluding with renewed resolve. Run the Jewels’ knack for packaging serrated witticisms into prismatic rhymes is still their forte. (When Killer Mike raps, “Paraplegics you don’t run shit fuck you even get the gumption,” for instance. Or when El-P rhymes, “Oompa-loompas, I’ll shoot a tune atcha medullas.”) The first half of the album reiterates the group’s anti-fuckboy agenda–they’re still lyrical jawbreakers who love an elaborate dick joke. They don’t fully have the force of their biggest anthems on this release, though the songs themselves aren’t lesser than: “Legend Has It” and “Talk to Me” are shoe-ins for set-opening crowd-pleasers.

When the album moves from riots to confessions, RTJ3 avoids bifurcation mainly thanks to El-P’s production, which pulls back on the percussion for a sawtoothed sprawl. “Panther Like a Panther (Miracle Mix)”—complete with a Trina hook—sounds like “Grindin” remade for artificial intelligence’s eventual revolution. And there’s “2100,” a post-Election Night consolation gift that manages to sound like both a requiem and a dawn, thanks in no small part to BOOTS’ wistful hook performance. “Thursday in the Danger Room”—aided by Kamasi Washington’s cathartic sax work—also marks a new peak in Run the Jewels’ partnership.

Although they’ve found a creative wellspring, Killer Mike and El-P usually operated at different but compatible wavelengths: El-P raps like a literary, witty b-boy who’s worn a tilted Yankee fitted for most of his life, while Killer Mike rhymes with the cloud-scattering timbre of a southern preacher. Though the two combined their styles for the masterful RTJ2 centerpieces “Crown” and “Early,” there are moments on RTJ3 where they’ve finally meshed their distinctive voices to maximize pathos. On “Thursday,” Mike smoothly takes the baton from El-P to describe an unsolved, needless death (“I hope that you changed so your mama won’t know this pain / So my homie’s name will mean something more than a nigga got killed for a chain”) with resonant existential despair. A similar effect happens on “Don’t Get Captured,” a two-sided tale of cyclical violence rife with justified paranoia, and the grand payoff on war-ready finale “A Report to the Shareholders : Kill Your Masters,” where Killer Mike notably gets the final say on last winter’s Hillary Clinton controversy: “Ooh Mike said ‘uterus’ they acting like Mike said ‘You a bitch’.”

Yet the final act stands out with efficient, plainspoken bars. El-P—who came up rhyming in dense thickets—manages to add a weight to the team’s aggro ethos through the humane. “I just wanna live, I don’t wanna ever have to load a clip, only hunt bliss / I am still a kid in my heart / But these motherfuckers sick,” he laments on the BOOTS-assisted “2100,” tartly remembering the necessity of protest. When he isn’t reaching for universal truths, he’s excavating inner pain. The penultimate highlight “Thursday in the Danger Room” finds him remembering Camu Tao’s final days, mining that mournful chasm of grief and selfishness: “How do you feel ’bout yourself when you know that sometimes you had wished they were gone? / Not because you didn’t love ‘em but just because you felt too weak to be strong.”

RTJ3 ends not with their own voices, but with a surprise verse from Rage Against the Machine’s Zack de la Rocha, who’s spent decades raging against the same forces Killer Mike and El-P seek to eviscerate. But the 46-year-old former frontman is still emboldened, swinging a Children of Men reference before capping the album with apocalyptic flames. This isn’t laziness on Run the Jewels’ part: Instead, they’re drawing on a cross-generational kinship seeking answers in the dark. There’s power in reconfirming that fire through that bond, as there’s a generation of fans—not just in America, but the world—who found that sort of revolutionary strength in Run the Jewels over this three-project run. Their late career team-up sounds like an act of kismet, a miracle in a time bereft of them.