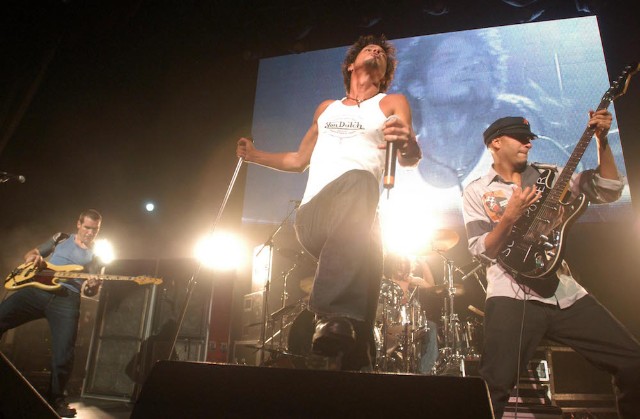 In two days, Donald Trump will be the president of the United States. On the night of his inauguration, Prophets of Rage—the mutant alt-rock supergroup composed of members from Rage Against the Machine, Public Enemy, and Cypress Hill—will stage the Anti-Inaugural Ball at Los Angeles’ Terragram Ballroom. The ball will feature performances from Prophets, Vic Mensa, Jackson Browne, Jack Black, the Los Angeles Freedom Choir… and Audioslave, who will be performing for the first time in over a decade.

Audioslave, you’ll recall, was the lineup of Soundgarden’s Chris Cornell and the members of Rage Against the Machine who weren’t Zack de la Rocha. They released three albums, and disbanded following the release of 2006’s Revelations. The band’s official Facebook page has been pretty active in recent months, which might’ve been a sign they were planning on reuniting, if only temporarily.

Of the Anti-Inaugural Ball, Prophets of Rage said:

A rep told Pitchfork that Audioslave has no plans for any other shows. Tickets to the Ball will benefit the Rape, Abuse and Incest National Network.