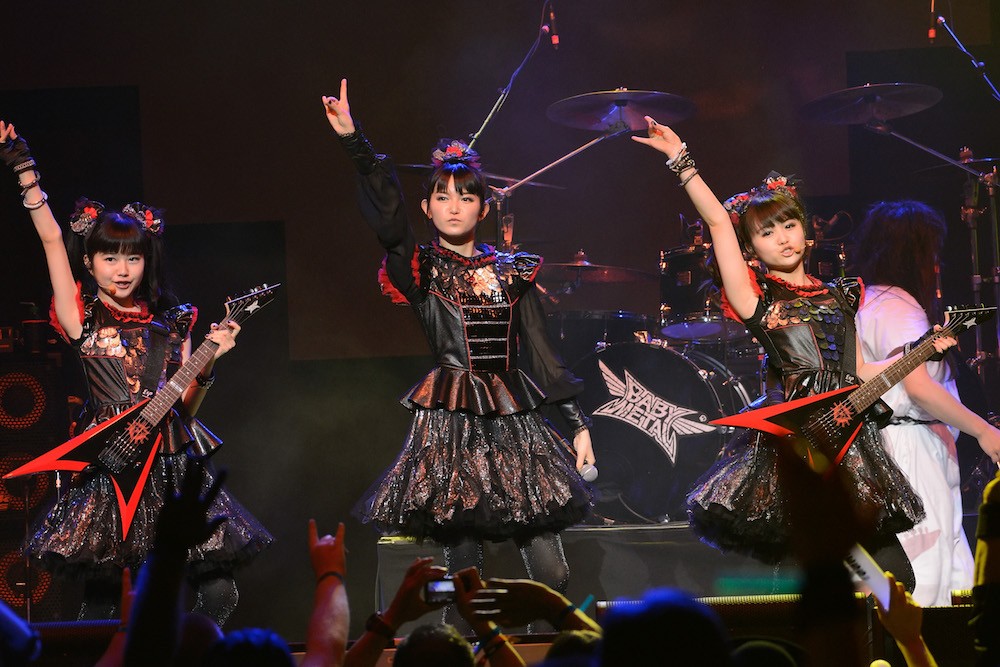 Babymetal, the teenaged Japanese peddlers of awesome heavy metal spectacle, have been opening for Red Hot Chili Peppers on their U.K. arena tour. On the closing show in London last night, RHCP drummer Chad Smith joined them onstage to finish their set, wearing freaky white face paint like the rest of the Babymetal backing band.

According to the NME, Smith entered from backstage to replace drummer Hideki Aoyama as Babymetal’s set was winding down, then laid down an appropriately ripping drum solo. Accompanied by Smith, the band launched into two Judas Priest classics–“Painkiller” and “Breaking the Law”–and if the cell phone video below is any indication, the middle-aged metalheads in the front row lost their shit. Watch the video below, followed by a clip of Smith singing happy birthday to Babymetal vocalist Su-Metal, who turned 20 yesterday.