“In recent years, we set out to own the topic of music online, and the acquisition of these incredible music assets helps us do just that,” said Media Group co-president John Amato. “By making these storied brands part of our family, The Hollywood Reporter-Billboard Media Group will be able to fully capture the value of millennials and music, and continue to strengthen its leadership position in this critical arena.”

“Bringing in these historic brands under Billboard allows passionate music audiences to enjoy rock to urban to pop in one massive portfolio,” said Media Group Chief Creative Officer Janice Min. “The power and scale of these combined, complementary digital assets will deliver more ways to reach our audience through TV, video, live events, social and online through these brands.”

SpinMedia CEO Stephen Blackwell will be named Chief Strategy Officer of the newly acquired company and will oversee revenue, digital growth, and product, reporting to Amato. 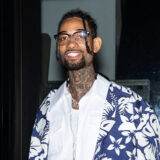 The deal expands The Hollywood Reporter-Billboard Media Group’s online audience to 45 million readers a month, strengthening its reach among social-media savvy millennials who value listening to music digitally and live experiences in equal measure. The Hollywood Reporter and Billboard both launched aggressive moves into video earlier this year, with the brands currently delivering over 100 million video views monthly. The Media Group has also partnered with Facebook to create custom content for the recently launched Facebook Live. In all, the acquisition will boost the Media Group’s revenues to more than $100 million a year, two-thirds of which will come from digital and video.

SPIN magazine became fully digital in late 2012 after BuzzMedia acquired the 27-year-old publication and rebranded it as SpinMedia. It bought the hip-hop and R&B magazine VIBE and its digital properties the following year, growing its footprint in music and entertainment.

Billboard is the world’s most influential music brand, built on the most complete and well-respected database of charts across all music genres. The Billboard charts define success in music. From the iconic Billboard magazine to Billboard.com, the ultimate consumer-facing destination for millions of passionate music fans, to the industry’s most elite conference series and influencer events including the Power 100 and Women in Music – the Billboard brand has unmatched authority among fans, artists and the industry alike. Billboard was named the leading U.S. brand on Twitter, surpassing the NFL, ESPN, BuzzFeed and MTV, with 7.5 million engaged actions in Q4 2015, and named an overall Top 10 U.S. Media Publisher in December 2015 with 11.8 million social actions. Billboard topped Shareablee’s list of U.S. publishers by engagement on Twitter in Q4, ahead of brands including Bleacher Report, BuzzFeed and The New York Times. Billboard magazine has scored major news-generating covers recently including Nicki Minaj, Lana Del Rey, Selena Gomez and Justin Bieber.

The Hollywood Reporter-Billboard Media Group reaches almost 30 million readers a month online globally, with a social footprint of about 20 million. The Hollywood Reporter-Billboard Media Group’s social footprint exceeds 14.5 million followers across Facebook, Twitter, Instagram, and YouTube. THR’s platforms include an award-winning weekly magazine, dynamic web and mobile sites, social media, and branded events. In February 2016, the brand was awarded the American Society of Magazine Editors’ National Magazine Award for General Excellence in the category of Special Interest Magazines. The honor marked the second National Magazine Award win for THR, which was nominated the last two years for Magazine of the Year, and in 2014 for General Excellence in the Special Interest category.