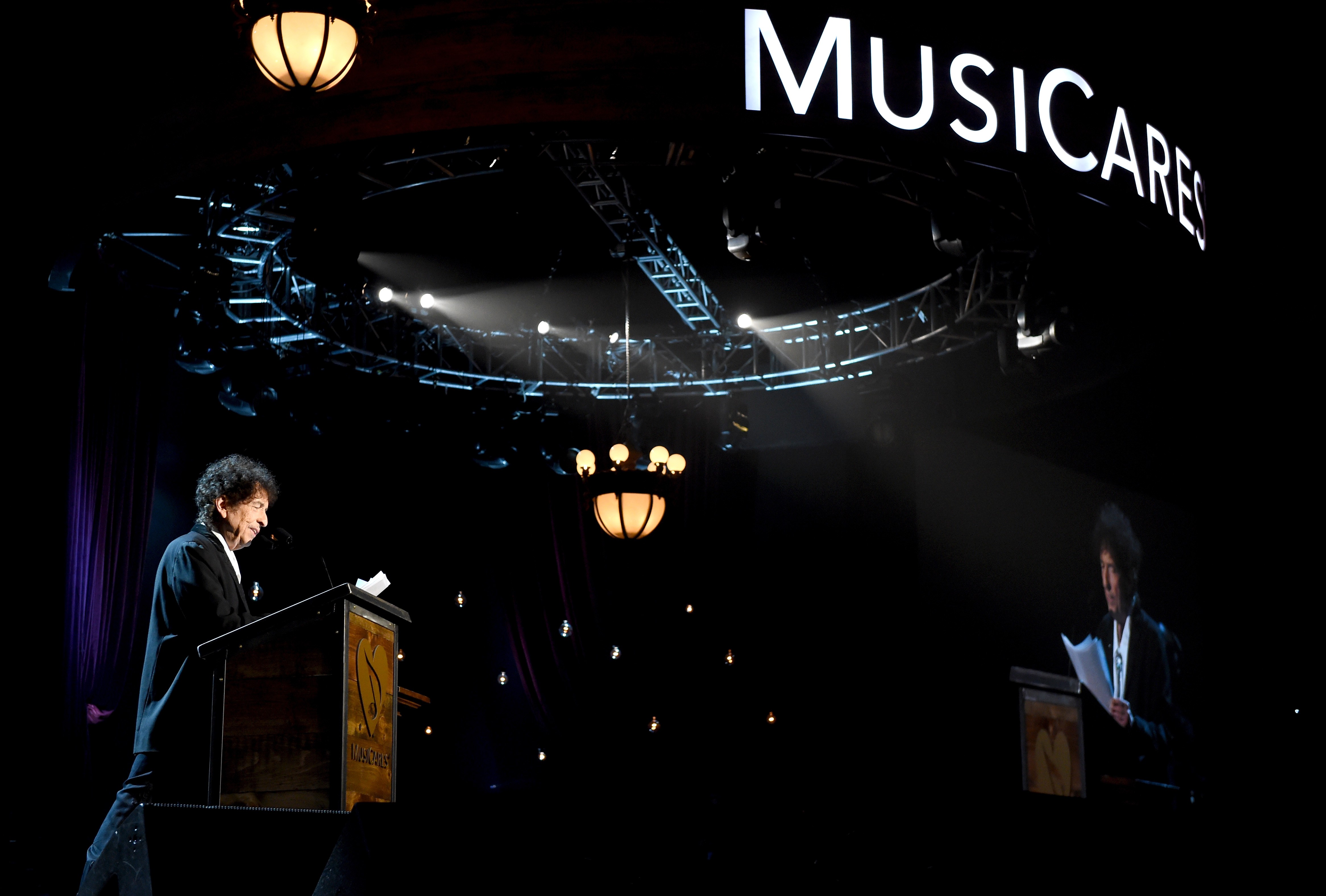 In more combination-irritating-and-funny Bob Dylan Nobel-Prize-ceremony news: Today, the Swedish academy confirmed that although the legendary singer-songwriter will not be in attendance at the Nobel banquet in Stockholm this Saturday, he did send them a speech to read for him. How considerate of him!

Dylan’s notoriously long and surprisingly informative Musicares acceptance speech of last year was something of a work of art, but it’s hard to imagine, given the low level of interest he’s displayed in his Nobel Prize in Literature so far, that this speech could be anything short of … short, and by-the-book. Also, some poor sap has to read it for him, an act of cruelty as he tries to emulate Dylan’s bizarre, deadly-dry humor.

The Academy has not disclosed the text but presumably we’ll be able to read about it on Saturday. The Nobel team also announced that Patti Smith will perform Dylan’s 1963 classic “A Hard Rain’s A-Gonna Fall” at the ceremony.

Bob Dylan (#NobelPrize in Literature 2016) has provided a speech which will be read at the Nobel banquet in Stockholm December 10.