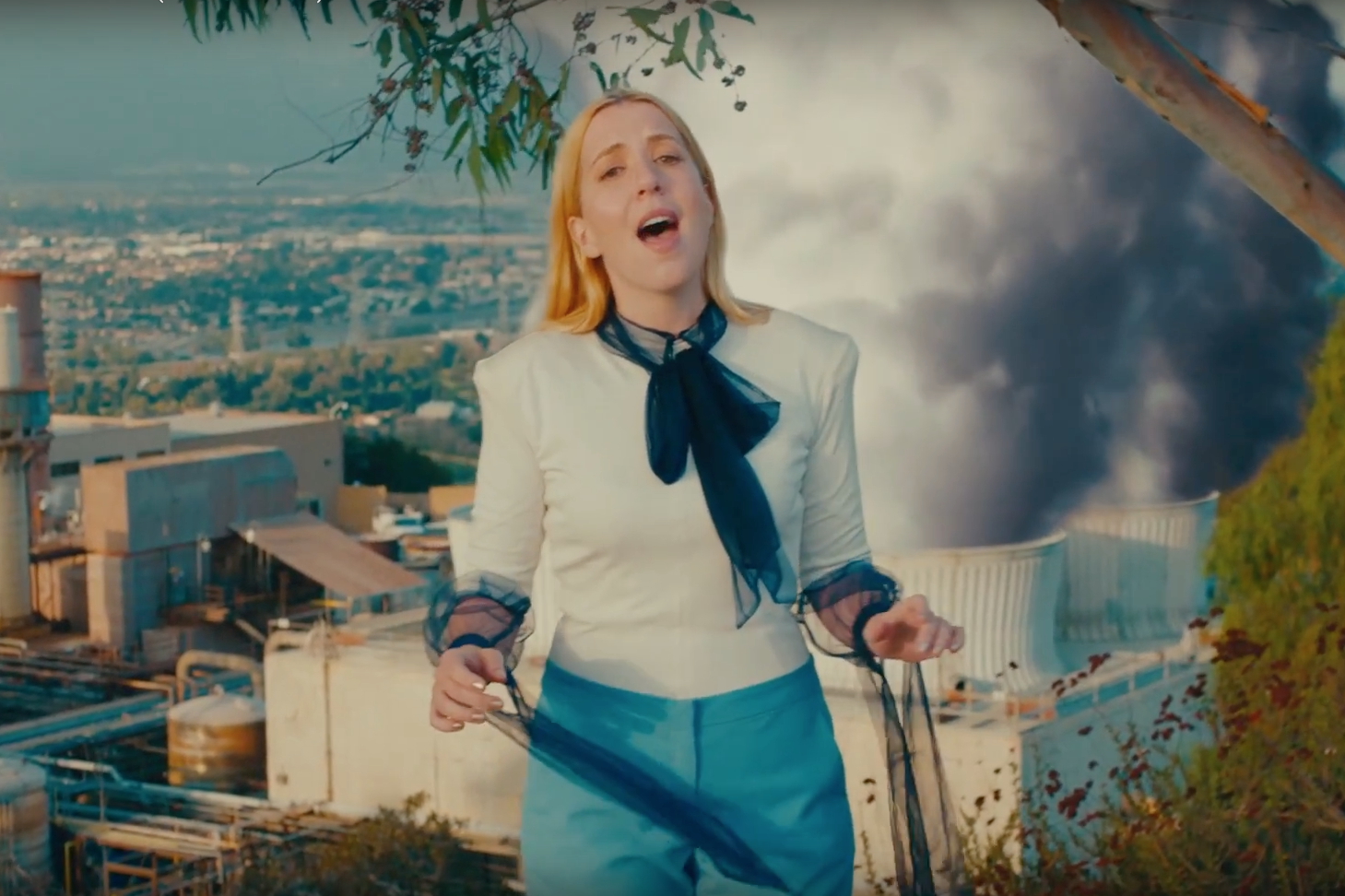 Katie Stelmanis’s chilly synth-pop project Austra is back with a new single, “Future Politics.” Its video depicts the inhabitants of a sterile, urban-industrial environment, some of whom appear to be falling victim to an invisible plague. Ultimately, Austra and a few others seek domestic refuge in an empty parking lot.

Austra Get Hot and Bothered in ‘Habitat’ Video

Austra Visit a Sex Park in NSFW ‘Forgive Me’ Video