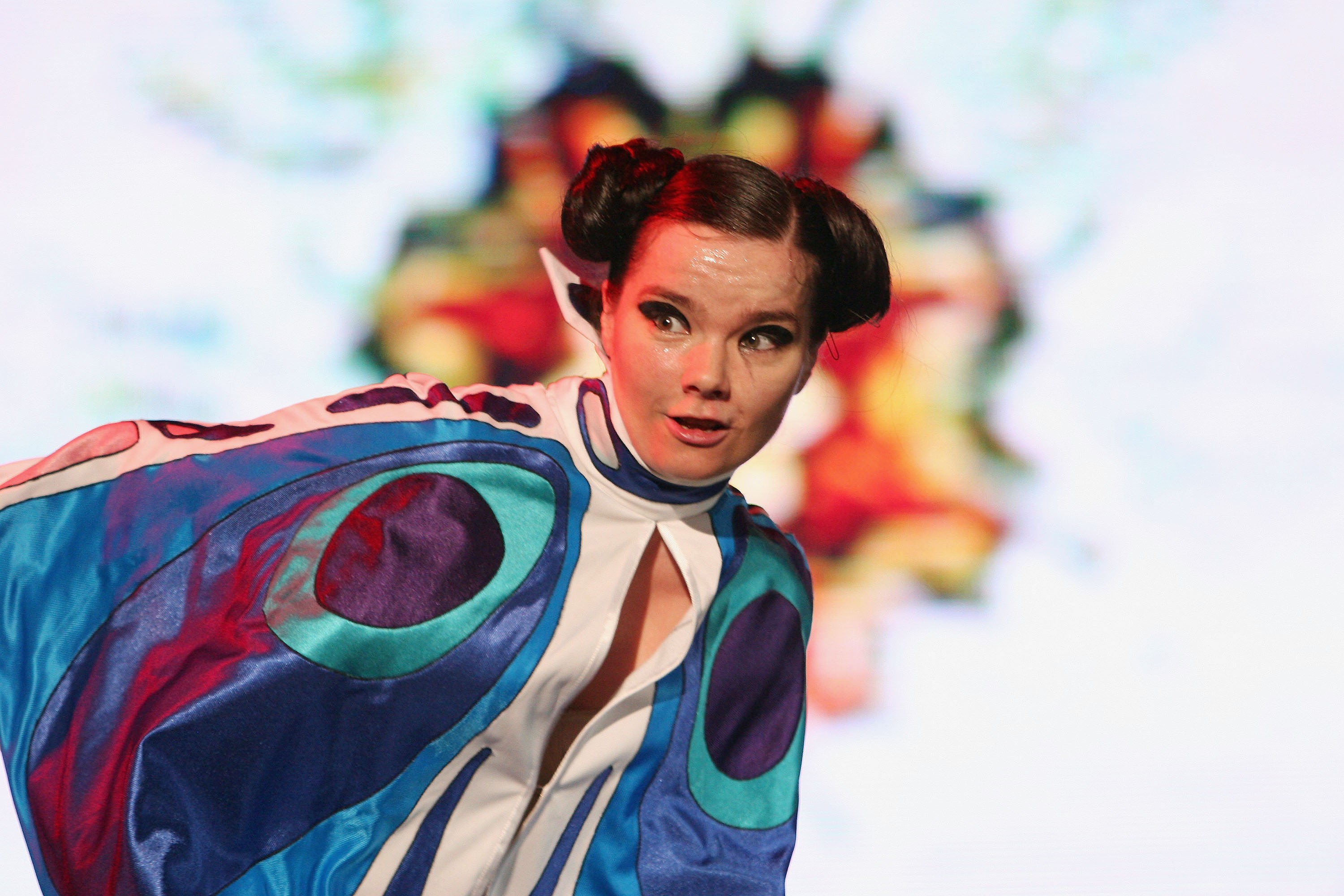 Björk has become known for offering up expanded packaging and multimedia enhancements of her albums whenever possible. With her latest state-of-the-art video from last year’s Vulnicura, the Icelandic singer/songwriter is continuing that rich tradition. Vulnicura has been supported by a live album, a strings-only version of the album, and several other visuals, and now its track “Notget” will become a VR experience, in the same vein as “Family,” “Stonemilker” and “Black Lake.”

Today, she’s released a preview for the video, directed by Warren Du Preez and Nick Thornton Jones. It features an avatar version of Björk as a sea witch with insides full of fire, for lack of a better way to describe it.

A collection of the Vulnicura VR videos are able to be experienced as intended at the Bjork Digital exhibit, currently on display through November 12 as part of Red Bull Music Academy Montreal (formerly, there were presentations in London and Sydney).

Watch the teaser for the “Notget” video below.