Watch Eric Andre Waterboard 311 and Beat Them With a Stick 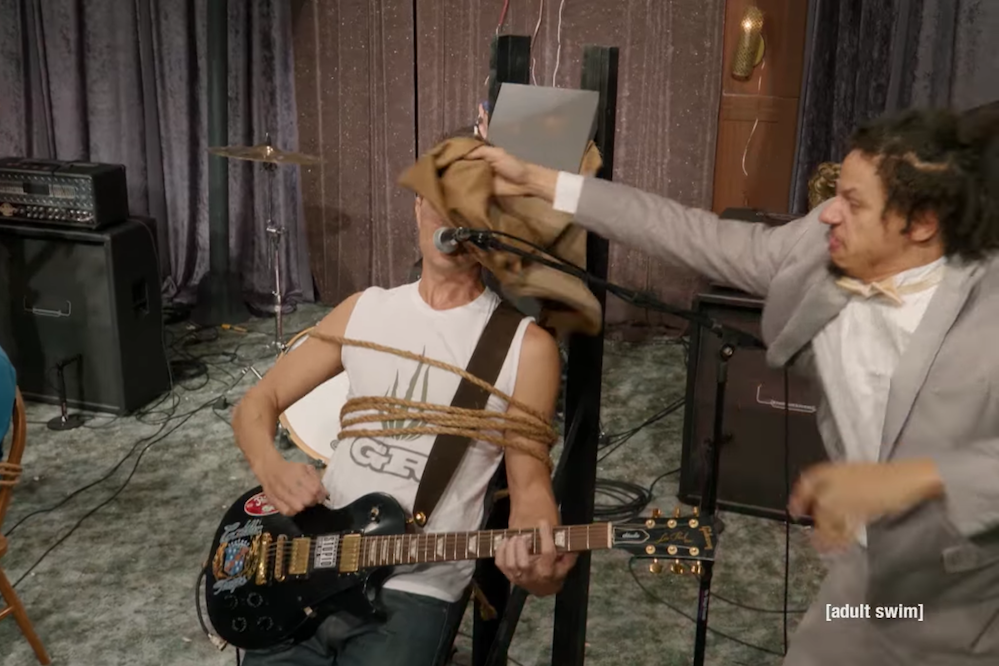 On last night’s season finale of The Eric Andre Show, Eric treated fans to the culmination of a long-running in-joke about “investigating 311,” which juxtaposes the best little reggae fusion band in Nebraska with Alex Jones-style Twin Towers trutherism. Get it? No matter, you don’t have to be a longtime fan of the show to enjoy watching its host exacting all manner of torment on the members of 311 as they try futilely to get through their 1995 hit “Down.”

Part of what makes The Eric Andre Show such a hilarious and occasionally tense watch is the question of whether his guests are in on the joke. (Flava Flav evidently was not.) Fortunately for 311, in this case, it seems like they knew exactly what they were getting into. [The Fader]

You Wouldn’t Believe: 311 Reflect on 30 Years as Rock’s Perennial Optimists