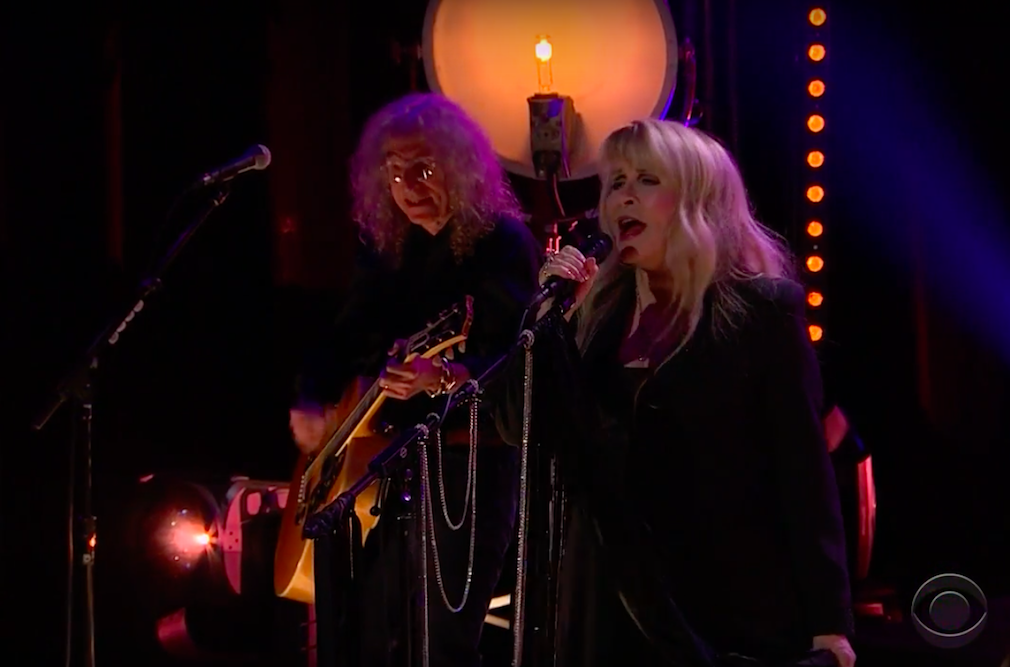 Stevie Nicks stopped by The Late Late Show With James Corden last night to perform “Leather and Lace,” the smoky duet with Don Henley from her 1981 solo debut Bella Donna. There were a handful of backup singers, but Henley was nowhere to be found and Nicks took the lead vocal solo–which is just as well, because she sings circles around him on the studio version anyway.

Nicks’ voice has picked up some grit and a nasal edge in the decades since ’81, but it’s still plenty strong. Watch “Leather and Lace” below.