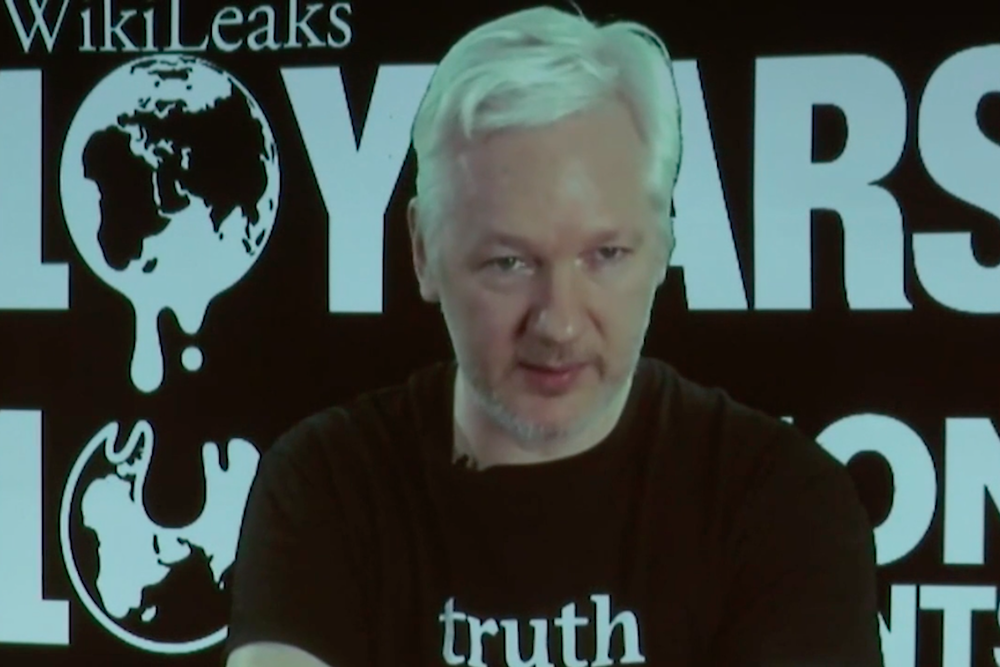 After Julian Assange’s document-leaking organization released a trove of paperwork implicating the Democratic National Committee in favoring the candidacy of Hillary Clinton over her rival Bernie Sanders, anti-Clintonites from across the political spectrum have been operating under the assumption that Wikileaks has more dirt that could bring down Hillary. Maybe they do, but they didn’t show their hand last night.

At about 3 a.m. EST today, Wikileaks streamed a roughly two-hour press conference on occasion of the organization’s 10th anniversary. (It was a much more reasonable 8 a.m. in London, where Assange is currently holed up in the Ecuadorian embassy, avoiding extradition to Sweden on a sexual assault charge.) For weeks, Trump supporters in particular have been clinging to and promoting the idea that Assange would deliver some Clinton-shattering scoop at the conference, as the Washington Post notes. Here’s Roger Stone, loose-cannon political operative, vocal Trump ally, and possessor of one sick Richard Nixon back tat, on Twitter earlier this week:

But when Assange finally appeared, looking a little like Max Headroom against his green screen backdrop, he didn’t have much to reveal. And so, Trump lovers and truth enthusiasts everywhere were told something with the power to change the course of the U.S. presidential election, and indeed, the very fate of the American project itself, forever: Books published by Wikileaks are now 40 percent off! At the conference, Assange and other Wikileaks members urged supporters for donations, informed them of the aforementioned book sale, and promised more leaks in the future. Assange said he hopes to publish documents every week for the next 10 weeks. But he added: “If we are going to make a major publication about the U.S., we wouldn’t do it at 3 a.m.”

Trump’s online army was outraged. “I got up at 3:00 AM for this????” reads the top comment on the above YouTube stream. “THANK God I overslept!” reads the next one. No one was more let down than Infowars impresario Alex Jones, who’d created much of the hype for Assange’s non-reveal himself. “You trolled the world,” he said in a YouTube video addressed to Assange earlier this morning, sounding more dejected than angry. “We were up here covering it, live at night. And now, nothing’s coming.”

That book sale is a pretty sweet deal, though.