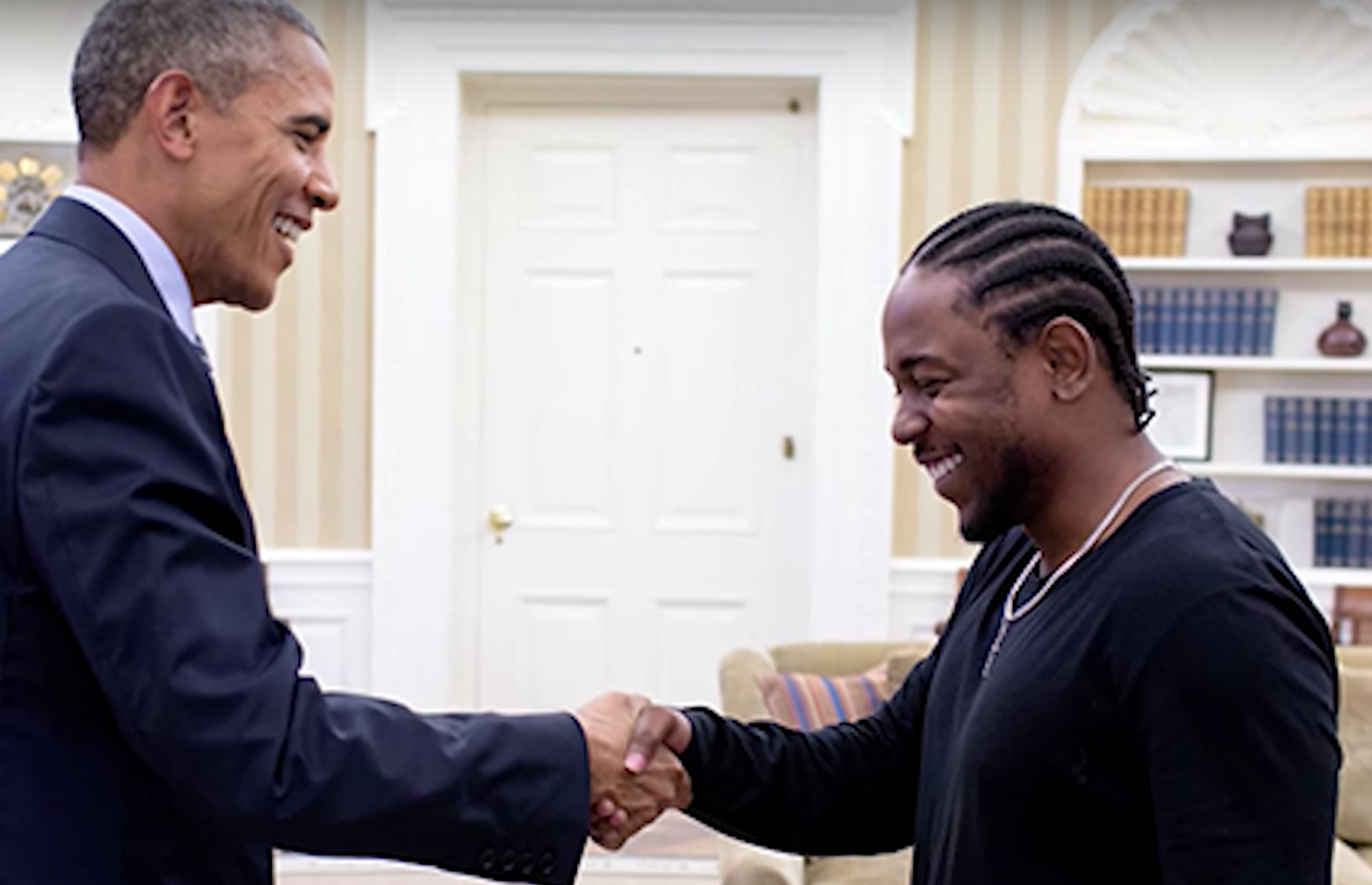 Today, President Obama—who is doing whatever interviews he can and feels like—went on Sway in the Morning to talk about his taste in hip-hop, among other things. None of the MCs he mentions are huge revelations, either in terms of mainstream appeal or Obama’s own past shout-outs. He’s certainly cited his appreciation for Kendrick Lamar in the past, and didn’t miss the opportunity on Sway. He also mentioned Chance, who he brackets in with Kendrick as a new-school guy doing “amazing work,” and recalls meeting the Chicago rapper when Chance was eight years old, and Obama was still a senator in Illinois.

Also, the president likes Drake, apparently, because “the girls love [him]” (though Obama once said Kendrick was better), and reminds us that Jay Z is “still the king.” Kanye is cool, too; like Jay, “he’s got a track record.”

Really fascinating opinions, huh? Still, the interview is just more evidence that Obama is the most sincerely “with it” president we’ve had, even if he’s still unwilling to plug an artist that might actually surprise us. Does Obama bump Savage Mode? We may never know.