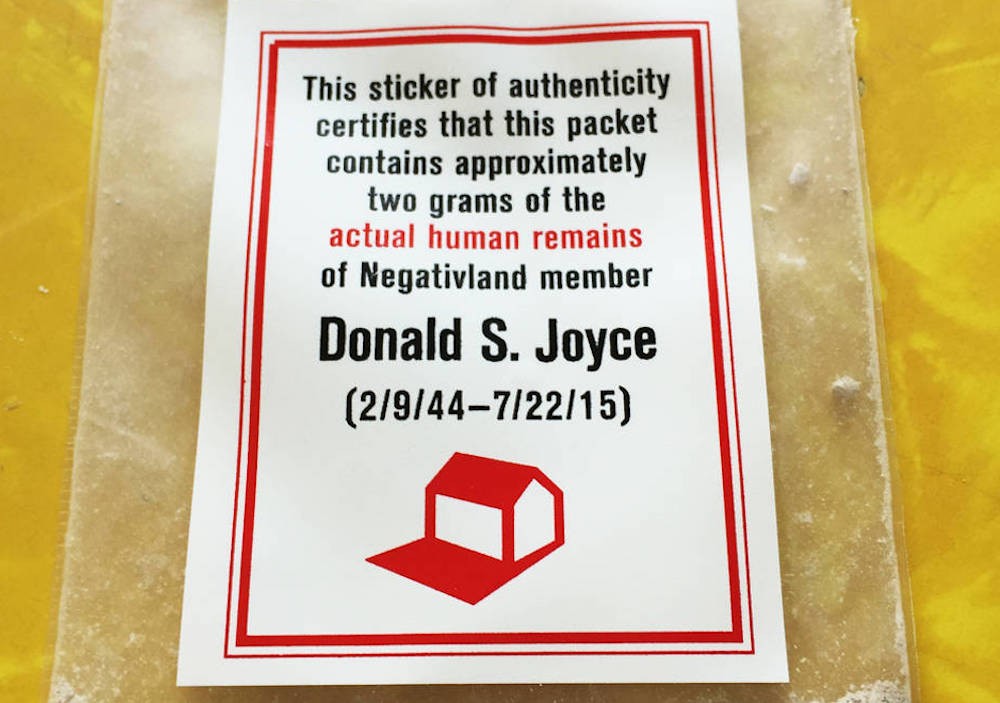 If you order a copy of experimental rock group Negativland’s new album The Cutting Edge Vol. 9: The Chopping Channel, the band says you’ll also receive a bag filled with two grams of founding member Don Joyce’s cremated remains. The free ashes are in “keeping with the album’s theme,” according to a statement from the band published on Boing Boing.

“This is not a hoax,” they wrote. “We’ve decided to take the Chopping Channel concept to its logical conclusion by ‘productizing’ an actual band member. It is also a celebration of the degree to which no idea in art was ever off-limits to Don, and offers a literal piece of him, and of his audio art, for the listener to repurpose and reuse. We are pretty sure he would have wanted it this way.”

Since January 2015, three Negativland members have died: Joyce, Ian Allen, and Richard Lyons. “Thank you for reading about all of our deaths over the past year and a half!” the band wrote.

In addition to Joyce’s remains, you’ll also get one of his handmade audio tape loop carts used in several live performances. But if you want the extras, you better order the album—out October 21—soon: Because of the finite nature of human remains and homemade audio tape loop carts used in live concerts, the special is only available “while supplies last.”