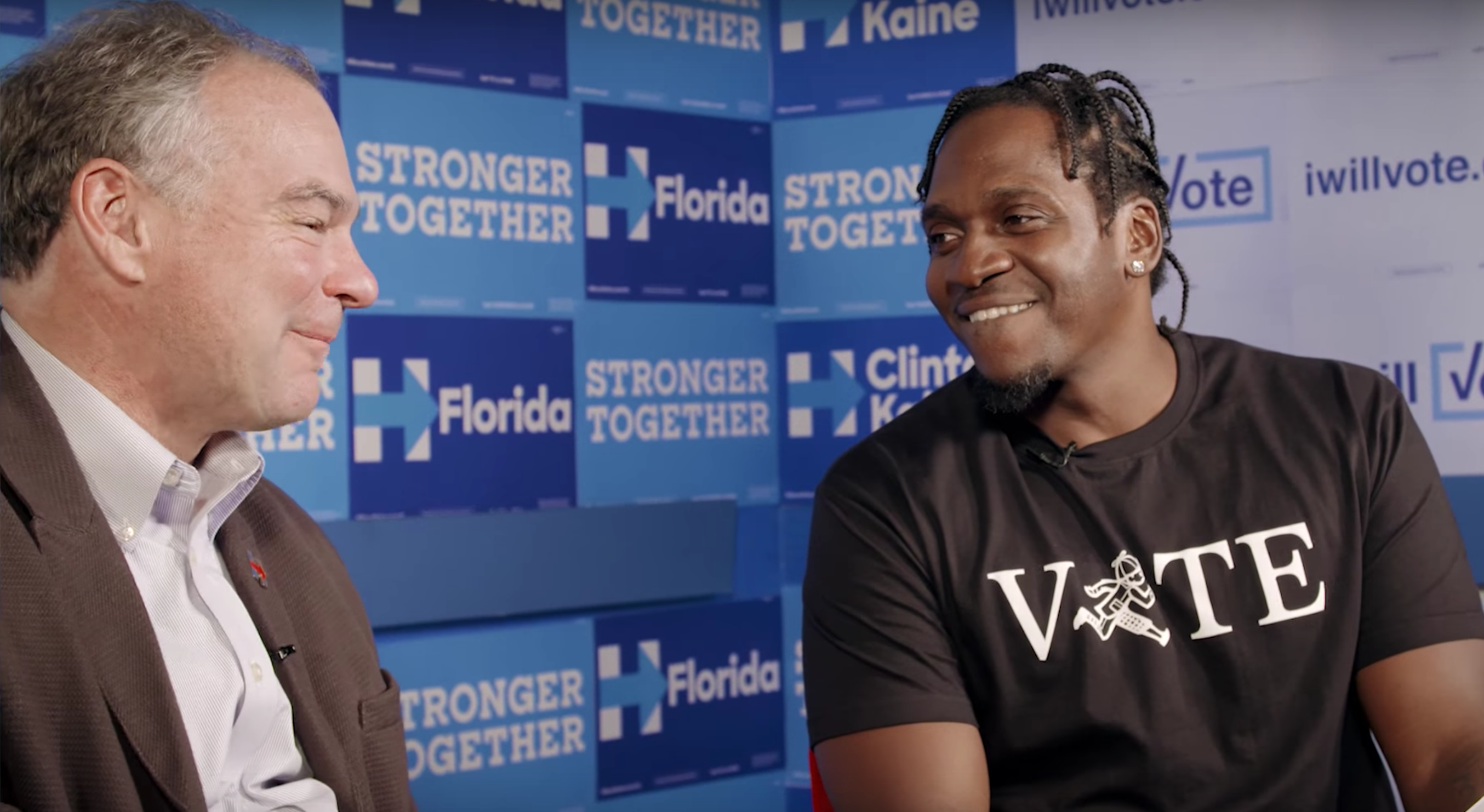 Today—on Hillary’s 69th birthday—the Clinton campaign doubled down on its engagement with the hip-hop community. First, the Democratic nominee’s interview with Power 105.1’s The Breakfast Club aired this morning. Clinton talked about her intention to “closing the fun deficit,” after discussing dancing at Michelle Obama’s 50th birthday party to the strains of Beyoncé, and expressed her approval for the memes Charlemagne showed her on his phone. This included the recent tweet comparing Clinton’s debate outfits to Death Row Records chic: “I think Death Row and a lot of other fashion sources have influenced my look. Don’t you?” Clinton quipped.

Also, Stevie Wonder appeared to sing Happy Birthday to her. Stevie’s the best.

Fun aside, Clinton also discussed gun violence and law enforcement reform, and issues of free university tuition and decreasing student debt. The appearance came immediately after Clinton finished campaigning in North Carolina and the South alongside Gwen Carr, Eric Garner’s mother, and the “Mothers of the Movement.” Paraphrasing Carr, Hillary told the Power 105.1 hosts that “we’re going to turn our sorrow into a strategy, and our mourning into a movement.” Hillary went onto discuss giving police more comprehensive training with respect to mental health issues.

That wasn’t the end of the Clinton campaign’s rap game campaign, though. This afternoon, the campaign’s YouTube channel also posted a new video featuring Pusha T and Tim Kaine. The Virginia rapper, who has been active with the Clinton campaign this fall, joined the vice presidential nominee at a rally in Florida earlier this month, because Hell Hath No Fury nostalgia—10 years old in November!—is a great motivating tool. The video intercuts footage of that appearance with clips of Push interviewing the governor privately. (A jangly hip-hop instrumental pounds in the background throughout the video.)

“My biggest concern is the criminal justice system,” Pusha tells Kaine early in the video. “We’re definitely on the same page, in regards to knowing that it’s flawed and needs to be fixed.” Kaine’s responses largely focused on police reform and education. There’s only a little bit of discussion of prison policy in either video, an area in which Hillary has a questionable due to her involvement with the infamous 1994 Crime Bill, widely criticized for engendering racist policies and proliferating mass incarceration.

“I’m so impressed with, not only your art, but that you are speaking a message to people,” Kaine tells Pusha at the end of the interview. “…You have the real ability to influence, and thanks for helping us out.”

It’s a pleasant, if lightweight, video—certainly superior to the clip of Kaine making a “Lil Kaine” joke when calling into Power 98 in North Carolina after Chance and Weezy’s “No Problem” played.
Happy Hip-Hop Birthday to Hillary! Watch the two clips below: