Free Teen Rapper Matty B, Who Went to the Principal’s Office and Is Grounded From the Internet 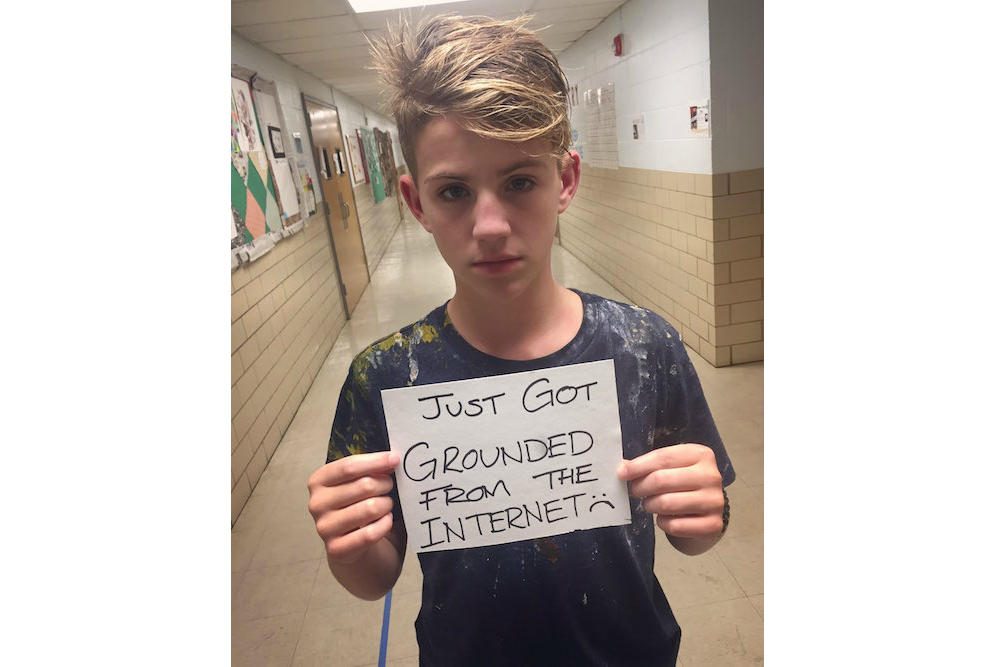 The list of great rappers whose careers have been interrupted by a stint in incarceration is depressingly long: Pimp C, Tupac, Gucci Mane, Lil Wayne, just to name a few. Now, the tweenaged YouTube hip-hop star Matty B joins their hallowed ranks. This morning, he tweeted a photo of his suspiciously splattered jeans with the caption “principal’s office,” and now, he is grounded from the internet. Free Matty B.

So sorry guys. I'll explain when I can pic.twitter.com/DQCeyv5cua

You may recognize Matty B from his ridiculously popular cover versions of songs like “Ms. Jackson” and “Talk Dirty,” each of which features a professional-quality music video. Perhaps you’ve seen him on shows like Wendy Williams and Queen Latifah, on which he appeared after those aforementioned goofy covers started gaining traction online in 2014 or so. Or maybe you haven’t heard of him at all, in which case–you’re welcome.

From the looks of his clothes, maybe Matty B started a food fight, or got a little too avant garde with the acrylics in art class. In any case, if he’s grounded from the internet, that means he might not be blessing us with any new street heaters for a while. Good thing he’s got a deep back catalog.