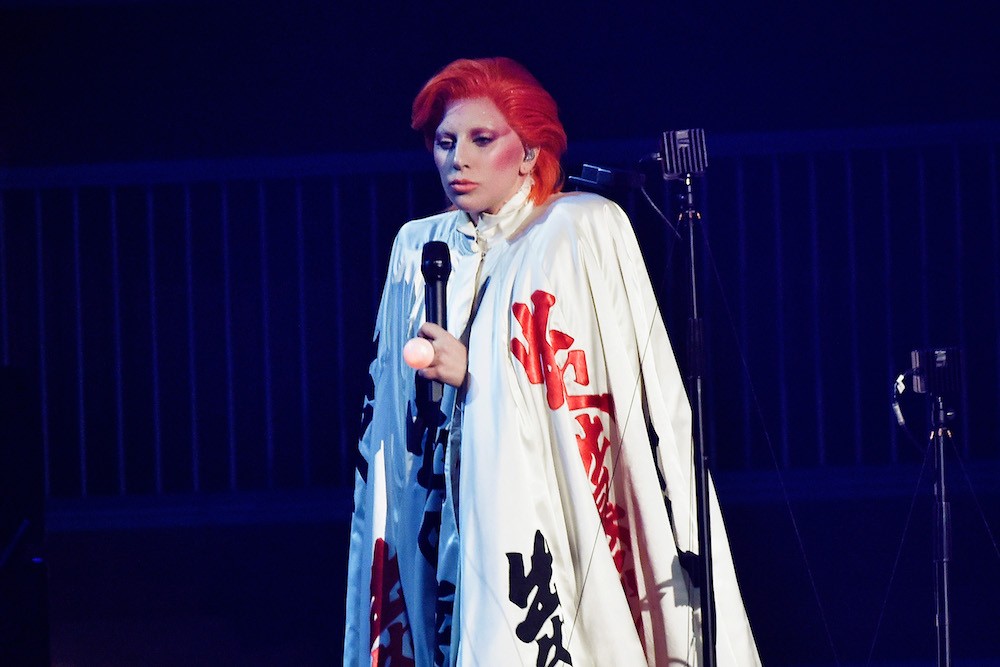 Lady Gaga’s Grammys tribute to David Bowie from earlier this year was a medley of the Thin White Duke’s songs and signature outfits, condensed into just under five minutes. Despite her best efforts, pressing such a wide-ranging career into the time of a commercial break proved to be divisive. Mick “Woody” Woodmansey, who played in Bowie’s Spiders From Mars from 1970 to 1973, was not happy about the tribute.

In a new interview with the NME, Woodmansey said that he and frequent Bowie collaborator Tony Visconti turned down the chance to perform in Gaga’s Bowie medley because he felt the idea was “stupid.”

“We looked at it and it was going to be like 14 or 15 songs in the space of four minutes,” Woodmansey said. “We just went ‘No, fuck off, that’s stupid, that’s not going to represent anything good about him.’”

“It was just, ‘why are you doing it?’” Woodmansey continued. “If there’s a genuine heartfelt thing that you wanna do out of respect, then you’d probably pull it off, but if there’s any other reason, it just gets tacky, and obviously you can’t stop that, they have a right to do it as they want to do it, but it doesn’t help a lot, it doesn’t do a lot.”

Gaga also faced criticism from Bowie’s son Duncan Jones, who tweeted on the night of the Grammys that her performance “overexcited, irrational and mentally confused.” The Joanne singer couldn’t brush that criticism off.

“It did hurt. But what are you going to do? I can’t … It’s his father, you know,” Gaga recently told the NME. “Whatever he was feeling in that moment I have compassion and love for him. But yes, of course it hurt.”